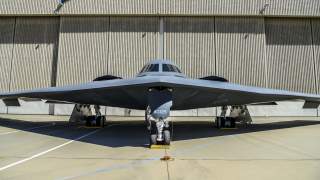 “We have eight displays and we are able to pull up different information depending upon which buttons we push. We can see weapons, communications, flight characteristics, current atmospheric conditions, engines, electrical systems and hydraulics,” Polidar said.​

This article was originally published earlier this month.