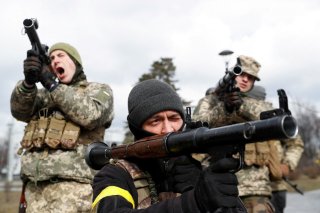 Forty years ago, CBS News aired a primetime exposé that touched off the proverbial “libel trial of the century.” Opening the broadcast, Mike Wallace intoned “a conspiracy at the highest levels of American military intelligence” during the Vietnam War to deceive the public and its elected leaders about the strength of enemy forces. Over the next ninety minutes, the program portrayed General William Westmoreland, who had commanded the early U.S. effort in Vietnam, as having orchestrated and ordered that conspiracy to paint a falsely optimistic picture of the war’s progress that inevitably led to the shock of the Tet Offensive.

Westmoreland vehemently denied the accusations. Against the long odds faced by public officials in proving defamation, he sued. The courtroom drama attracted a media frenzy but concluded anticlimactically with a last-minute, face-saving settlement. By then the litigation had laid bare an enigma that transcended a dispute over Westmoreland’s honor and CBS’s fairness, striking at the very heart of warfare: How do you count enemy troop numbers when much of the enemy are irregular fighters?

The allegations that Westmoreland deliberately underestimated opposing forces centered not on regular troops or hardened guerillas, but primarily on Viet Cong self-defense units comprised of villagers. CBS insisted that Westmoreland was obliged to include these insurgents in the “order of battle” transmitted to his superiors in Washington. Doing so may have better indicated the scope of the challenge in Vietnam, but it would also have implied that the U.S. military was at war with the local population itself. This proposition cut against a prominent media narrative about the conflict, which was that American forces had unnecessarily ravaged the country and its inhabitants.

Ultimately, the critics could not have it both ways. Civilians immune from attack are not ordinarily listed among enemy forces, whereas enemy soldiers are usually subject to attack. If CBS was right, then the widespread critique of America’s conduct of the war at some level had to be wrong.

This dynamic remains endemic to counterinsurgency operations and it has renewed relevance in light of events in Europe, where Russia’s naked aggression has met fierce Ukrainian resistance. Russian forces, already known for dubious adherence to humanitarian principles, have been roundly criticized for pummeling civilian areas and targeting population centers in their push to topple the government in Kiev. Legal efforts to hold Russia accountable for war crimes have ramped up accordingly, with the International Criminal Court (ICC) prosecutor launching an investigation and the European Court of Human Rights granting a Ukrainian request for “urgent interim measures.”

At the same time, Ukrainian authorities have entreated an all-hands-on-deck approach to repelling the Russian invasion and the popular response has garnered worldwide admiration. In his State of the Union address, President Joe Biden lauded Ukrainians’ inspiring example, with “everyone from students to retirees to teachers turned soldiers defending their homeland.” Alongside the conventional Ukrainian armed forces, volunteers are fighting as part of the reserve Territorial Defense Forces and other resistance movements, frustrating the Russian advance in various places.

The law of war contains two principal mechanisms for protecting civilians. One is the rule of distinction, which requires parties to distinguish between civilians and combatants, targeting only the latter. The other is proportionality, which prohibits attacks in which the expected incidental harm to civilians “would be excessive in relation to the concrete and direct military advantage anticipated.” When civilians partake in combat, they can compromise both their immunity from direct targeting as well as their inclusion in the proportionality calculus intended to minimize collateral damage.

This does not mean letting Russian officials off the hook for unlawfully invading a sovereign nation or excusing its commanders if they are using prohibited munitions or employing them in illicit ways. However, when the Ukrainian defense minister took to social media to encourage citizens to make and deploy Molotov cocktails against advancing Russian troops, it became harder to sustain unequivocal outrage at Russian forces for bombarding urban areas and blurring the line between military and civilian targets.

In a perverse irony, it is likely that the Russian military will cite U.S. legal arguments from the the War on Terror to justify its conduct. Ukrainian insurgents presumably fall into two main categories under international law, with the Territorial Defense Forces constituting an “organized resistance movement” and the rest classified as civilians taking “a direct part in hostilities.” Both are targetable, but successive U.S. administrations have engaged in a longstanding debate with nongovernmental organizations and allies over the parameters of civilian immunity.

In short, the United States has an interest in broadening the definition and elongating the period in which civilians directly participating in hostilities are subject to attack. From the perspective of conventional forces, this approach avoids a “revolving door” between civilian protection and belligerent action that enables saboteurs to exploit their protected status. Expect Russia to say the same about any Ukrainian citizen who throws a Molotov cocktail at a passing military convoy.

Mao Zedong famously distilled guerilla warfare by likening the people to water and the army “to the fish who inhabit it.” This seamlessness is what makes insurgency warfare so vexing and effective. As the world hails the Ukrainian people for their heroic resolve while condemning Russian cruelty, it is worth remembering that the civilian who points a rifle becomes a legitimate military target. Russia had no right to invade Ukraine, but the Russian soldier retains every right to fight lawfully.

Charles G. Kels is a lieutenant colonel in the U.S. Air Force Reserve and regional chief counsel for the Defense Health Agency. Opinions expressed in this article are those of the author alone and do not necessarily reflect those of the Departments of Air Force or Defense.