The Taliban’s Triumph In Afghanistan: A Win For Russia, China and Iran? 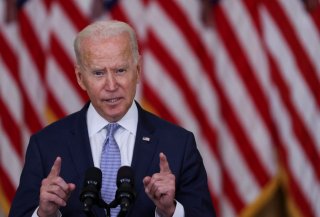 Bad actors are lining up to fill the vacuum in Afghanistan created by the U.S. withdrawal. Iran, Qatar, Russia, and China are eager to secure talks and partnerships with the Islamist militant regime that violently overtook the country in a matter of weeks. In the days leading up to the U.S. military withdrawal, officials from Tehran, Beijing, and Moscow participated in meetings or planned future discussions with key figures in the Taliban and the Afghan government. Despite their ideological differences, Iran and Qatar share radical Islamist views and have supported extremist movements in the past. Moscow and Beijing may have different long-term objectives for Afghanistan; however, both are keen on undermining U.S. power projection and propping up their respective economies.

Experienced in using soft power to export its interests and ideology, Tehran’s ability to manipulate the fall of Afghanistan is imminent. Historically, Iran’s modus operandi centers on using proxy warfare to establish Shia safe havens in destabilized countries. Tehran’s leadership could be eyeing Afghanistan as the perfect arena to train and employ the thousands of able-bodied men desperately seeking an income as a way to form organized and loyal militias, similar to their tactics in Iraq, Syria, and Lebanon. Another outcome of Iran’s engagement in Afghanistan is for Tehran to gain stronger alliances with other regional players, including China and Russia. In March, China signed an agreement with Iran worth $400 billion in investments in exchange for oil over a twenty-five-year time frame. Chinese-Iranian cooperation is likely to expand as both countries wish to gain a foothold, in some capacity, in Afghanistan.

China’s prerogative in Afghanistan is to fill the void left by the U.S. troop withdrawal vis-à-vis the Belt and Road Initiative (BRI). Under the guise of the BRI, the People’s Republic of China (PRC) has taken over strategic ports in Asia and Africa in an effort to undermine security and the economic sanctity of the international order. Beijing’s agenda to implement the BRI in Iran is to connect China with landlocked Central Asian states as a gateway to expand its footprint throughout the Middle East. Afghanistan is home to the world’s largest supply of natural resources, including iron, gas, gold, copper, and lithium. As the world’s largest exporter, China aims to monopolize the global mineral reserve. The fall of the Afghan government is an opportune moment for the PRC as it can now achieve greater economic aims by working to include the country as a regional connecter in its neocolonialist enterprise.

Similar to Beijing, Moscow views the fall of the Afghan government and the rise of the Taliban as a moment ripe for manipulation. Russia will prioritize maintaining the security of its borders while simultaneously gaining a military footprint in the Middle East. Although China and Russia are not always aligned, minimizing the American presence around the world is a shared ambition. Moscow and Beijing will likely work together in the form of international forums that exclude the U.S. position.

The Taliban’s rise is also a big success for Qatar. Propping up and supporting far-right Islamist movements has been a staple for Doha. In fact, prior to the Gulf reconciliation that stemmed from the 2021 Riyadh agreement, Doha was largely isolated from its neighbors due to the strong material and popular support it provided to the Muslim Brotherhood and Hamas. Similar to Iran, Qatar should have no issue aligning with the Taliban and perhaps creating a new regional bloc.

The chaotic fall of Kabul and the swift takeover of Afghanistan signals a shift in the previously U.S.-led global order. In addition to the immediate pitfalls of America’s hasty withdrawal including lives lost and the resurgence of a radical Islamist regime, long-term consequences of this wide-scale failure will haunt the U.S. for years to come.