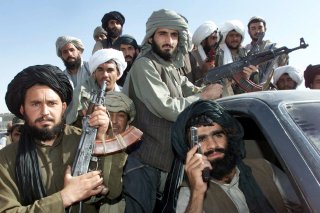 Bilal Karimi, a spokesman for the new government, announced on Saturday that there was “no need for these commissions to exist and operate,” although he acknowledged that the Taliban might revive them in the future “if we ever feel a need.”

Additionally, Karimi indicated that the Taliban would dissolve two other ministries that had been operated by the previous Afghan government. It may get rid of the Ministry of Peace, which had overseen the government’s peace negotiations with the Taliban, and the Ministry of Parliamentary Affairs, which had managed its relationship with the National Assembly, Afghanistan’s parliament. The National Assembly was dissolved after the Taliban takeover, and the Taliban has so far made no attempt to reintroduce a separate legislative branch.

In September, the group dissolved the Ministry of Women’s Affairs, responsible for overseeing the protection of women’s rights in the country and replaced it with the “Ministry for the Promotion of Virtue and Prevention of Vice.” The ministry operated the group’s religious morality police during its first period of rule from 1996 until 2001.

The dissolution of the two institutions has been taken by some activists as evidence that the Taliban government does not intend to hold elections, although the group’s leadership hinted that it might in statements following its August victory.

Halim Fidai, a former provincial governor under the U.S.-backed Afghan government, argued that the Taliban’s decision was an indication that the group did “not believe in democracy.”

“They are against all democratic institutions,” Fidai argued, noting that the group had achieved power “through bullets and not ballots.”

Throughout its twenty-year insurgency against the United States and the U.S.-backed Afghan government led successively by Hamid Karzai and Ashraf Ghani, the Taliban decried elections as illegitimate and contrary to Islamic law. The group attempted to disrupt them by killing election officials and threatening reprisals against Afghans who came to vote.

A survey conducted by the Asia Foundation in 2019 revealed that only 13.4 percent of Afghans said they supported the Taliban, casting doubt on the group’s ability to maintain power through free and fair elections.