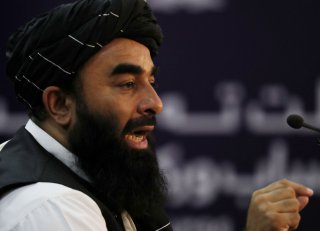 Days after indicating that its ties with China would be vital, Taliban officials reiterated their hopes for a close commercial relationship with Beijing on Thursday. The deputy director of the group’s political office in Doha, Qatar, Mawlawi Abdul Salam Hanafi, was quoted as saying that the group would assist China in its expansion of the “Belt and Road Initiative” into Afghanistan in a phone call with Chinese Deputy Foreign Minister Wu Jianghao.

The Chinese Foreign Ministry’s statement announced that Hanafi had described China as a “trustworthy friend” during the meeting and emphasized that the Taliban was primarily interested in maintaining friendly relations with Beijing under the new government. Hanafi committed the Taliban to proactively taking measures to ensure that Afghan territory would not be used to attack China. This point is particularly significant, as in the past, the Taliban has played host to Uyghur Islamist militants opposed to Chinese rule over Xinjiang, the large northwestern province where it has been accused of human rights violations.

The Chinese government has indicated that it is interested in pursuing closer relations with the Taliban. Foreign Minister Wang Webin announced at a press conference on Friday that Beijing was “following closely” the developments on the ground in the country, noting that its embassy remained open as an “important channel” for dialogue between the two countries. Wang stopped short of indicating that the Chinese government would formally recognize the Taliban, however.

Western observers have expressed surprise that the Taliban, an Islamist group, appears to have found a major partner in China, an atheist government whose treatment of Muslims in Xinjiang has drawn international outcry. However, from a realist perspective, the match is an excellent one: China has money that the Taliban needs, and Afghanistan has an estimated $1 trillion in untapped natural resources that Chinese firms could help to extract.

Zabihullah Mujahid, the group’s long-time spokesman, told an Italian newspaper last week that the Taliban was particularly hopeful that China could play a role in its extraction of copper, which Afghanistan has large amounts of but which the country has largely been unable to extract on account of the civil war.

The spokesman also noted that China could serve as a “gateway” to the rest of the world, helping the country to sell its resources abroad.