Tech Mystery: Whatever Happened To TiVo? 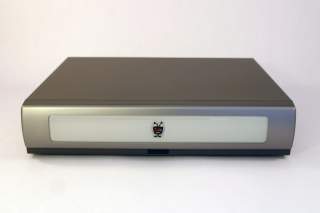 In the late 1990s, it was indeed hard to find anyone who didn’t know about TiVo’s pioneering DVR set-top boxes. It was the talk of the town.

Instead of using those bulky VCRs and costly VHS tapes, the entire process became digital, which enabled new personal interactions with this newfound technology. Pretty soon, everyone was bragging about how they could pause live TV, rewind or skip those annoying commercials. It was nothing short of mind-blowing.

TiVo’s iconic skip button was one to behold. It was the one with a little arrow with a line next to it, and this enabled users to jump around freely within any TV show. Perhaps at the time it was more of a gimmick, as one can see in today’s streaming world, it was indeed revolutionary.

In consuming streaming digital media today, that is exactly how most of us utilize the technology. When we turn on Netflix, Hulu or some other streaming platform, we don’t just sit through commercials or endure way-to-long intros. We have that magical power in our hands -- to watch exactly what we want when we want to. What a treat!

The company still produces those devices today, but obviously the current landscape has many more well-funded competitors on it -- and this fact has eventually led to stagnant revenues and profits.

These days, TiVo makes much of its money from licensing its very profitable portfolio of patents to other vendors.

Just several months ago, TiVo merged with Xperi, an entertainment-tech firm whose holdings include HD Radio and DTS audio, in a $3 billion deal. The combined company is set to become one of the leading tech-licensing firms in the entire entertainment industry. Its vast areas of interest hits on everything from filmmaking and consumer electronics to home videos.

With this merger, which is expected to be completed in the second quarter of 2020, the new company will possess more than 10,000 patents and patent applications. There certainly has been changes abound for TiVo, as it was only three years ago when Rovi bought it in a $1.1 billion deal.

Yes, this TiVo merger does seem like an end of an era. A little misty-eyed perhaps. But it will always have a special place in our hearts because it gave us that wonderful glimpse of what is possible with TVs and recording devices. Thank you, TiVo.