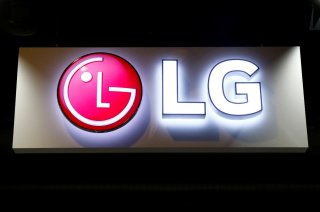 LG Electronics announced last week that it will bring out the latest model in its CineBeam 4K laser projector line. The new HU915QE Ultra Short Throw laser projector is meant to serve as an alternative to high-end TVs.

The model, a follow-up to the HU715Q that was released earlier this year, can produce an image that resembles that of one of LG’s TVs. The projector, LG said in its press release, “can produce a stunningly sharp 90-inch image when placed just 5.6 centimeters from the wall or a massive 120-inch picture at a distance of only 18.3 centimeters.”

The new projector is set to arrive on the market in the first half of this year, starting in North America, Europe, and the Middle East. Pricing has not been announced.

The tech press expressed excitement about the new projector.

“The CineBeam HU915QE can project a 120-inch image from just seven inches away as before, but it now does so with a scorching 3,700 ANSI lumens of brightness—well beyond rivals like the Optoma CinemaX P2. That should be enough for good picture quality in daytime with the blinds up, so it could replace a TV while offering a much bigger screen size,” Engadget said in a report about the new projector.

“Being an ultra-short throw projector, the HU915QE is able to produce 90-inch images—larger than even the best 4K TVs out there—from just 2 inches away from the wall. Scootch it back to seven inches from the wall and you’ll get a 120-inch screen size,” Tom’s Guide said.

Tom’s Guide continued: “LG has equipped the HU915QE with a number of helpful TV technologies like HDR Dynamic Tone Mapping that adds an HDR-like visage to non-HDR content and LG's Brightness Optimizer II engine that can automatically adjust light output depending on the ambient lighting conditions in the room. Those are nice perks for a high-end projector like this and should make cinephiles very happy.”