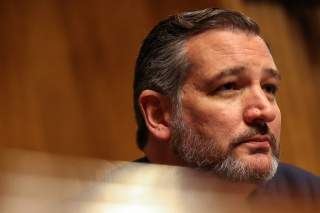 Sen. Ted Cruz, R-Texas, wants federal investigations of both Antifa, which he calls a “left-wing anarchist terrorist organization,” and Portland Mayor Ted Wheeler after local members of the violent, black-clad organization “rampaged” through that Oregon city.

“Our Republic depends on free and open participation in the political process. [Antifa’s] acts of brazen political violence and intimidation strike at the heart of that process,” Cruz wrote in a July 23 letter to Attorney General William Barr, Deputy Attorney General Jeffrey Rosen, and FBI Director Christopher Wray.

“Given your commitment to the rule of law, I hope you will respond to Antifa’s organized criminal activity, and Mayor Ted Wheeler’s refusal to protect Portland’s citizens from that activity, with all speed and vigilance,” Cruz added.

Consideration is being given to declaring ANTIFA, the gutless Radical Left Wack Jobs who go around hitting (only non-fighters) people over the heads with baseball bats, a major Organization of Terror (along with MS-13 & others). Would make it easier for police to do their job!

Antifa is a loose network of radicals, many advocating revolution, communism, or anarchy, who disguise themselves under black clothing, masks, and other gear while destroying property, lighting fires, and assaulting reporters and others.

Cruz, a member of the Senate Judiciary Committee, highlights in his letter particular crimes committed by Antifa that, as he writes, “are not unconnected lawless incidents.”

The Texas Republican refers to the heated protest that broke out June 29 between members of Antifa—short for anti-fascist—and white nationalist sympathizers in Portland.

The protest occurred the day after James Fields Jr. was sentenced to life in prison for driving into a crowd at the “Unite the Right” rally in August 2017 in Charlottesville, Virginia, killing a woman and injuring others.

According to the Portland Police Twitter account, protesters threw “eggs and milkshakes” at law city enforcement. Some of the milkshakes, according to one tweet, included “a substance mixed in that was similar to a quick-drying cement.”

Cruz also mentioned journalist Andy Ngo, who was viciously beaten by Antifa members during his coverage of the June 29 protest, suffering a brain hemorrhage.

Ngo, a target of Antifa for his reporting on the group’s goals and violence, told The Daily Signal Podcast that he was “bashed in the back of the head” and “before he could gather [his] balance, the punches kept coming from every direction.”

“Then the mob started throwing milkshakes, other liquids, eggs, and other hard objects at my face [and] my head,” Ngo told podcast co-host Katrina Trinko.

Cruz’s letter also urged an investigation of Wheeler, who is Portland’s police commissioner as well as mayor, “for his official policies violating Oregonians’ civil rights.”

“Wheeler has refused to quell Antifa intimidation and riots based on his apparent sympathy with these left-wing aims,” Cruz wrote to the Justice Department officials.

Throughout the contentious protest, Wheeler directed police to “stand down.”

The Texas senator cited another instance in which he said Wheeler failed to provide protection in June 2018 for federal employees when “radical left-wing activists surrounded a Portland Immigration and Customs Enforcement building, trapping federal employees inside.”

The Daily Signal sought comment from Wheeler and was told that the mayor “has no comment on Senator Cruz’s letter to the AG and others.”

Cruz wrote that a federal investigation could occur under the Racketeer Influenced and Corrupt Organizations Act, a law crafted to prosecute organized crime in the U.S. He made the request for an investigation after introducing a joint resolution with Sen. Bill Cassidy, R-La., calling for Antifa to be classified as a domestic terrorist organization.