Tesla Has First Negative Quarter for Deliveries in Two Years 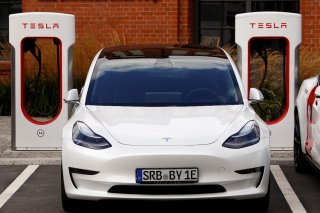 On Saturday, Tesla announced that it had fewer deliveries in the second quarter than in the quarter before, posting a negative number for the first time in two years.

Tesla said in the report that it produced over 258,000 vehicles and delivered over 254,000 vehicles in the second quarter. Tesla delivered 238,533 of the Model 3/Y and 16,162 of the Model S/X. The company called June “the highest vehicle production month in Tesla’s history,” and touted that performance “despite ongoing supply chain challenges and factory shutdowns beyond our control.”

Per a chart published by The Verge, the 254,000 delivery number was the third-largest in the company’s history, behind only the previous two quarters.

The drop had been expected, largely due to coronavirus shutdowns in China during the quarter that affected production.

One analyst, Deutsche Bank’s Emmanuel Rosner, predicted last week that Tesla would announce a delivery number of 245,000 units, compared to the 310,000 he had earlier projected.

“Beyond the quarter,” Rosner stated, per Yahoo, “we remain impressed with Tesla’s pricing power and operational execution in the face of large industry supply-chain challenges and note that Q2 should be the trough of the year.”

“While the year started out with 1.5 million to 1.6 million units as the bogey for 2022 deliveries (with a stretch goal of 1.7 million), now the whisper bogey is closer to 1.4 million for the year given the China issues coupled with global supply chain issues,” another analyst, Daniel Ives of Wedbush Securities, said in a note over the weekend.

“We believe already baked into the stock at current levels after significant weakness seen the last few months is a lower delivery trajectory and headline hit to numbers for the June quarter. The Street is now focused on 2H (likely up 40%-50% from 1H barring no more major China zero Covid issues) deliveries and 2023 numbers as a more normalized environment to gauge the overall health of Tesla's delivery trajectory and top-line/EPS. We also note that while Giga Berlin and Austin factories are in significant ramp mode, this is a significant production capacity expansion for 2023 and beyond.”

“In a nutshell, while June delivery numbers were ugly and nothing to write home about the Street will be focused on the trajectory for 2H (strong month of June noted) and the overall demand picture staying firm,” Ives added.

Tesla is set to announce its quarterly earnings on July 20.

According to a report last week from S&P Global Mobility, as reported by Axios, Tesla remains the top player in electric cars, with 61 percent of the market, although competitors are beginning to encroach on its lead. Registrations of electric vehicles, in total, doubled in 2021.