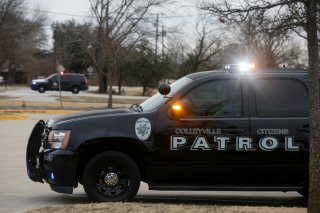 Gun control advocates have pressed for stricter gun laws after a British national took four individuals hostage at the Congregation Beth Israel synagogue in Colleyville, Texas. President Joe Biden even suggested that the increase in gun sales in America could have led to the incident and called for greater background checks on sales.

However, NBC News and other news organizations reported on Wednesday that Henry "Michael" Williams, who was charged with selling the firearm used in the shooting, was also charged with being a felon in possession of a firearm. According to the U.S. Attorney's Office for the Northern District of Texas, Williams had been previously convicted of crimes, including aggravated assault with a deadly weapon, and was not allowed to own the gun he is accused of selling to Maisal Faisal Akram, the British citizen who was killed after a more than ten-hour-long standoff at the temple.

"During the custodial interview with Williams on January 24, 2022, Williams stated to the interviewing agents that he knew he was not allowed to be in possession of a firearm and that he knew conducting the sale of the gun to Akram was illegal," the criminal complaint stated.

Simply put, as Williams couldn't have legally owned the firearm in the first place, he should not be used as an example of the possible impact of background checks among private gun sellers. In fact, this could serve to show how increased gun control might do little in combating the flow of illegal guns.

Investigators said that Williams had "recalled meeting a man with a British accent" and sold him a semiautomatic Taurus G2C pistol on January 13, two days before Akram took the four worshipers hostage.

It remains unclear how Williams came into possession of the firearm.

Akram had reportedly told Williams that the gun would be used for "intimidation" to recover money from someone who had an outstanding debt. According to Reuters, Williams told FBI agents—who were able to track him through cellphone records—that he sold the G2C for $150. The Taurus G2C is a compact pistol available in both 9mm and 40 Smith & Wesson. It retails in both versions for nearly $300.

This was hardly the only illegal firearm used in a crime this month. It was just last week that two New York Police officers were fatally shot after an encounter where another illegal firearm was used. The alleged shooter, Lashawn McNeil, was armed with an illegally owned Glock 45 pistol that was equipped with a high-capacity drum magazine. That particular firearm was reportedly stolen in Baltimore in 2017, and the drum magazine was illegal in both Maryland and New York State.

While gun control advocates may continue to use these tragic incidents to call for greater restrictions, each could be an example of how more laws and restrictions won't necessarily keep guns out of the hands of dangerous individuals.