That's No F-35: Why Iran's Saeqeh "Thunderbolt" Fighter Is Terrible 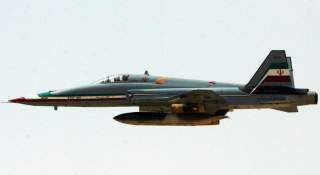 Key point: Iran tries to keep up its military, but much of its hardware is aging. Even its allegedly great Saeqeh fighter is really just a reverse-engineered F-5.