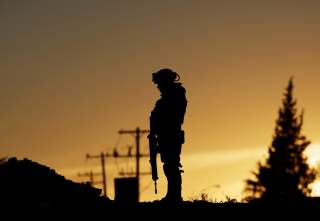 Environmental groups and House Democrats urged the Supreme Court not to disturb a lower court order blocking the reallocation of military funds for border wall projects.

The Trump administration asked the Supreme Court to put that ruling on hold while litigation continues July 12. Granting that request — called a stay — would give the government an irreversible victory, a coalition of environmentalists led by the Sierra Club warned.

“If a stay is granted and wall construction begins, there will be no turning back,” the green groups told the justices in court papers.

The 9th U.S. Circuit Court of Appeals denied the administration’s request to stay Gilliam’s ruling while litigation continued by a 2-1 vote July 3. The government filed a stay application with the Supreme Court on July 12.

Stays are supposed to preserve the status quo among litigants while a lawsuit proceeds through court. If the justices grant the administration’s request, the government can begin construction on several border wall projects the courts may never be able to undo. That is exactly the sort of outcome stays mean to prevent, the Sierra Club said. The American Civil Liberties Union (ACLU) represents the Sierra Club before the high court.

“By essentially handing defendants an irrevocable victory, a stay would accomplish the opposite of a stay’s proper purpose: providing interim relief to allow for considered review,” the green groups wrote.

The Trump administration asked the high court to rule on its stay application by July 26 because of budget issues. The $2.5 billion in Pentagon funds at issue in this case will not be available for assignment after the fiscal years ends Sept. 30 and the Defense Department needs several months to finalize contracts for each barrier project, according to government lawyers.

The plaintiffs, pointing to the government’s own conduct, say no such urgency exists. Though Congress appropriated $1.375 billion for the border wall in January, Customs and Border Protection (CBP) has only constructed $1.7 billion in new fencing with that funding. What’s more, the $2.5 billion at issue was not reprogrammed until May 9, almost three months after President Donald Trump declared a national emergency at the southern border.

Finally, the plaintiffs note that nine days elapsed between the 9th Circuit’s ruling and the filing of government’s stay application at the Supreme Court.

“This is inconsistent with a claim of urgency,” the plaintiffs wrote.

The House of Representatives filed an amicus (or “friend-of-the-court”) brief supporting the Sierra Club on Friday. House Democrats emphasized the Constitution gives Congress exclusive power to decide how public funds may be spent.

A dispute over funding for border barriers set off a 35-day government shutdown from December 2018 to January 2019. The impasse ended when the president agreed to a deal with congressional Democrats furnishing $1.375 billion for border fencing. That figure is a hard limit on the amount of money the administration can spend on the border wall this fiscal year, congressional lawyers told the justices.

“Congress appropriated only $1.375 billion for the construction of a border wall,” the brief reads. “Thus, the administration may constitutionally spend only that amount on such construction.”

Elsewhere in the brief, House Democrats said the $2.5 billion at stake in the case will simply revert to the federal treasury if it is not obligated by Sept. 30. Congress could assign those funds for border barriers at some point in the future, if necessary. Such ordinary appropriations measures are essential for preserving the separation of powers, the House said.

The justices could act on the government’s stay application at any time. The Court is currently on an extended recess for the summer, though the justices are expected to gather in Washington on Monday when the late Justice John Paul Stevens lays in repose. Stevens died Tuesday at 99.