There Are Two Strains of COVID-2019—But Is One Actually Deadlier Than the Other? 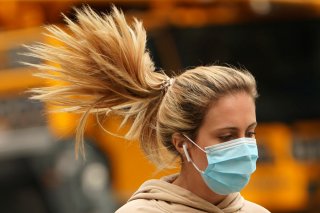 On March 3, 2020, Dr. Xiaolu Tang and his colleagues at Peking University and other institutions published a study in the National Science Review which caused a stir in a world preoccupied by the inexorable spread of the novel coronavirus disease 2019 (COVID-2019). From cases identified in China and abroad, he and his colleagues had identified two distinct strains of the virus.

According to the study, which you can read here, the so-called S-Strain is the original, “ancestral” strain of the disease mutated from a coronavirus transmissible between bats. The second, L-Strain, by comparison, evolved from the S-Strain but appears to spread more quickly because it predominated in early cases of the disease identified in Wuhan.

But in a twist, when he analyzed a later, wider sample set he found that the older S-Type appeared to be spreading more frequently than in the initial outbreak.

In this article we’ll delve into why that may be happening and also why experts warn it’s unclear that the differences between the two strains are significant.

COVID-2019 is an RNA virus, which means it uses ribonucleic acid to encode its genetic material instead of DNA. RNA viruses, which include viruses like Ebola, influenza, rabies, and even the common cold, tend to mutate extremely frequently because their polymerase enzymes used for reproduction aren’t as good at “proofreading” for errors when transcribing genetic code. The constant mutations make RNA viruses more of a moving target which annually require new vaccines to cure.

Still, that means it’s not intrinsically remarkable that there are already multiple strains of COVID-2019 circulating according to scientists. Furthermore, mutations cut both ways—they can make viruses less deadly as well as more deadly, or may even have no significant effect. And a “successful” mutation—one that improves the virus’s odds of propagation—isn’t necessarily one that makes it more deadly.

The difference between the L-Strain and S-Strain amounts to two specific amino acids—sort of like a change of two lines of code in a computer program. However, the report’s authors concede they’re not sure what impact the changes have (“the concerned amino acid…plays a yet undefined role in the viral life cycle.”)

Scientists claim that for now the difference is small enough that a treatment against one strain will likely remain effective against the other.

Nonetheless, Xiaolu’s study suggests there may be different traits in the two strains.

The initial sample consisted of strains isolated Wuhan—the city where the COVID-2019 outbreak began—prior to January 7, 2020. He found 26 L-Type strains and just one S-Type. The paper characterizes the L-Strain as being “more aggressive and spread more quickly.”

In fact, it states the S-Type is the original, “ancestral” form of COVID-2019, while the L-Type is a mutation. Reportedly, the L-Strain genome diverges only 4 percent from the bat coronavirus designated RaTG-13.

By contrast, “our mutational load analysis indicated that the L-type had accumulated a significantly higher number of derived mutations than S-type.”

Here’s where the narratives become more complicated. In a subsequent sample of cases identified after January 7 elsewhere in China (save for one) and in foreign countries, he counted 72 L-Types and 29 S-Type viruses. That means the older S-Strain actually appeared to become more common, not less, than the supposedly more aggressive L-Strain.

In his words: “…the S type, which is evolutionarily older and less aggressive, might have increased in relative frequency due to relatively weaker selective pressure.”

What explains that paradox? Xiaolu’s hypothesis is that it all comes down to human intervention—namely that measures taken to contain COVID-2019 by humans may have impacted L-Strain infections more than S-Strain, selecting in favor of the latter.

Xiaolu doesn’t elaborate much on how intervention might have affected the two strains’ relative success in propagating. Perhaps the L-Strain’s symptoms manifested faster or more dramatically, allowing persons with the L-Strain to be identified and isolated faster while the less mutated S-Strain cases remained under the radar for longer.

Xiaolu’s study also found another peculiarity: a 63-year-old Chicagoan who returned from a visit to Wuhan carrying both strains of the disease, resulting in heteroplasmy.

Skeptics: When is a Strain a Strain?

However, some medical experts question whether the difference between the two strains are large enough to be significant, and whether Xiaolu’s limited available sample is broad enough to be representative, and thus confirm that the two strains have meaningfully different characteristics.

You can read a letter written by four virologists here expounding on these criticisms, claiming the study could lead to “dangerous misinformation,” as well as the response from Chinese researchers explaining their reasoning.

Dr. Scott Weaver, director of the Institute for Human Infections and Immunity, said in a Q&A session organized by the Texas Medical Center “I think, in reality, there’s very little evidence so far that there’s any meaningful difference between those strains. […] It’s too early to know if… these two differences have any effect on the way the virus replicates and causes disease.”

“The differences between the two identified strains are tiny. In fact, they can’t really be considered to be separate ‘strains,’” virology professor Dr. Ian Jones of the University of Reading told The New Scientist. “In all practical terms, the virus is as it was when it originally emerged. There’s no evidence it is getting any worse.” (Other scientists in the same article, however, support the use of the term “strain”.)

Biologist Richard Nehrer argues in a tweet that apparent differences between L-strain and S-strain were “most likely a statistical artefact” that un-representative of the disease as a whole:

“Rapidly growing local outbreaks get sampled intensively and result in overrepresentation of some variants. This happened early on around the Wuhan Seafood market and now with the Italian outbreak. Any statistical inference needs to account for such sampling biases and just taking values at face values will result in wrong, misleading, or downright dangerous inferences.”

But some medical experts seemingly infer more from Xialou’s study.

For example, Dr. James Todaro tweeted “The mild [S-strain] is becoming more prevalent compared to January. This makes sense. The strain that dominates/spreads is the one that allows people to remain social and travel—not the one that kills.” He concludes the milder S-Strain will propagate, resulting in more humans surviving the virus and developing immunity against both types.

Dr. Nicole Saphier similarly told Fox News “The ‘L’ strain tends to be the more lethal or severe strain, while the ‘S’ strain seems to have more mild symptoms… So what we are seeing is actually more of the mild strain of the virus because it doesn't actually want to kill the host.”

However, Dr. Jones told Newsweek that misinterprets “aggressive” to mean the L-Strain is more likely to kill, whereas Xiaolu was actually describing an increased rate of transmission.

“What they mean is that the virus transmits more easily, not that it causes worse disease,” he said.

Indeed, Xiaolu et al. have added an addendum to their piece: “We now recognize that within the context of our study the term “aggressive” is misleading and should be replaced by a more precise term ‘a higher frequency’. In short, while we have shown that the two lineages naturally co-exist, we provided no evidence supporting any epidemiological conclusion regarding the virulence or pathogenicity…”

Another article by Science magazine discussing the tracking of COVID-2019 strains in Europe similarly concludes that over-interpreting the limited pool of available data poses the risk of leading to inaccurate conclusions.

Thus, the safest interpretation is that S-strain predates the L-Strain, but that—based on a very limited initial data set—the older strain may have increased in frequency after the initial outbreak.

Scientists will certainly seek to track the frequency of COVID-2019 strains, and study them and future mutations for characteristics that could affect transmissibility and severity. But until more data is available, it’s important not to over-interpret the fragmentary evidence available.