There Is No Way President Trump Will Start Bombing Iran 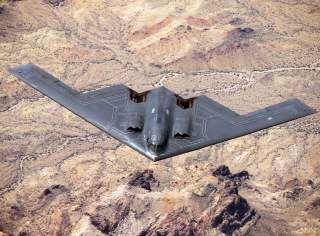 After President Donald Trump decided not to “bomb Iran” in retaliation for shooting down an unmanned Navy drone that was either very close to Iranian air space, many of his conservative critics accused him of acting more like President Barack Obama rather than President Ronald Reagan.

According to critics like Sen. Tom Cotton (R-AK), Rep. Liz Cheney (R-WY), and Rep. Adam Kinzinger (R-IL), President Donald Trump’s decision to call off the air strikes, which he had apparently approved, was a replay of Obama’s refusal to bomb Syria after Syrian president Bashar al-Assad had crossed Obama’s red line by using chemical weapons against the rebels who were trying to get him to leave office.

These same critics note that Reagan attacked Iran on April 18, 1988, two days after a mine planted by the Iranians wounded ten sailors and damaged an American destroyer, the USS Roberts, which was one of the ships escorting reflagged Kuwaiti tankers through the Strait of Hormuz.

Both of these historical analogies give a misleading impression of how Obama and Reagan actually handled these issues. In fact, Trump should take some lessons for dealing with the current crisis with Iran, which is largely of his own creation, by understanding how these two predecessors responded to similar situations.

Before attacking Syria in 2013 after Assad’s use of chemical weapons, Obama asked Congress to pass a resolution authorizing him to take military action because an attack could lead America into another Middle East quagmire. When Congress refused to consider such a step, Obama worked with Russian president Vladimir Putin to get Assad to admit to possessing chemical weapons and then pledge to give them up. While the Russian-American initiative, which was approved by the UN Security Council and internationally conducted, did not remove all of Assad’s chemical weapons, the effort did result in Syria giving up the vast majority of its stock, which added up to about 1300 tons, and much more than would have been destroyed by a single air strike (like the one Trump launched against Syria shortly after taking office.) Israeli prime minister Benjamin Netanyahu, who was not a fan of Obama, called this the one ray of light in a very dark region.

Reagan’s April 18, 1988, attack did not damage Iranian territory or its civilian population. Instead, the United States sunk five Iranian ships (three speed boats, one frigate, and one fast attack gun boat), damaged another frigate, and destroyed two oil rig platforms. Moreover, relying solely on the Reagan response in April 1988 ignores three other incidents that he had to deal with in that region in the 1980s.

Approximately three months after the April attack, the USS Vincennes accidentally shot down Iran Air 655, an Iranian passenger plane and killed all 290 people on board. It had mistaken the passenger plane for an F-14 Fighter. Reagan called the incident a tragedy and said that he regretted the loss of life, but he also defended the judgment of the skipper of the USS Vincennes. The Iranians, who were weakened by their war against Iraq, did not respond militarily but still assumed that the attack was purposeful.

About a year before the USS Roberts was damaged by an Iranian mine, which wounded several sailors but did not kill anyone, an Iraqi aircraft attacked the USS Stark. The attack killed thirty-seven sailors and wounded another twenty-one sailors. The Iraqis apologized. The Reagan administration did not take any action against the government of Saddam Hussein who, ironically, it was supporting in its war against Iran—even though it was using chemical weapons.

More significantly, five years before the USS Roberts was damaged, there was a deadly attack on the U.S. Embassy in Beirut on October 23, 1983. That was the day that a suicide bomber drove a truck with two thousand pounds of explosives into the embassy and killed 220 Marines, eighteen sailors, and three soldiers. It was the largest number of Marines killed in a single day since the Battle of Iwo Jima and the deadliest terror attack on U.S. armed forces since the first day of the Tet Offensive in Vietnam in 1968. Many of Reagan’s more hawkish advisors wanted him to retaliate against Iran, which some believed to be behind the attack. But after receiving pushback from Secretary of Defense Caspar Weinberger, who was opposed to the deployment of the troops to Lebanon, on top of his own concerns about civilian casualties, Reagan “strategically redeployed” U.S. troops to the ships off the coast in February 1984.

While many people have questioned Trump’s decision not to attack Iran’s territory and instead launch cyberattacks, it is clear that he made the right decision—even if it was executed haphazardly. Some of the people who have criticized Trump have presented a distorted picture of how Obama and Reagan might have handled the situation. Trump would do well to learn what really happened in these instances. In fact, he might consider working with Putin to start secret talks to bring Iran back to the bargaining table and strategically redeploy most of the troops in the region in order to avoid another tragic accident.

(This article first appeared earlier this year and is being republished due to reader interest.)