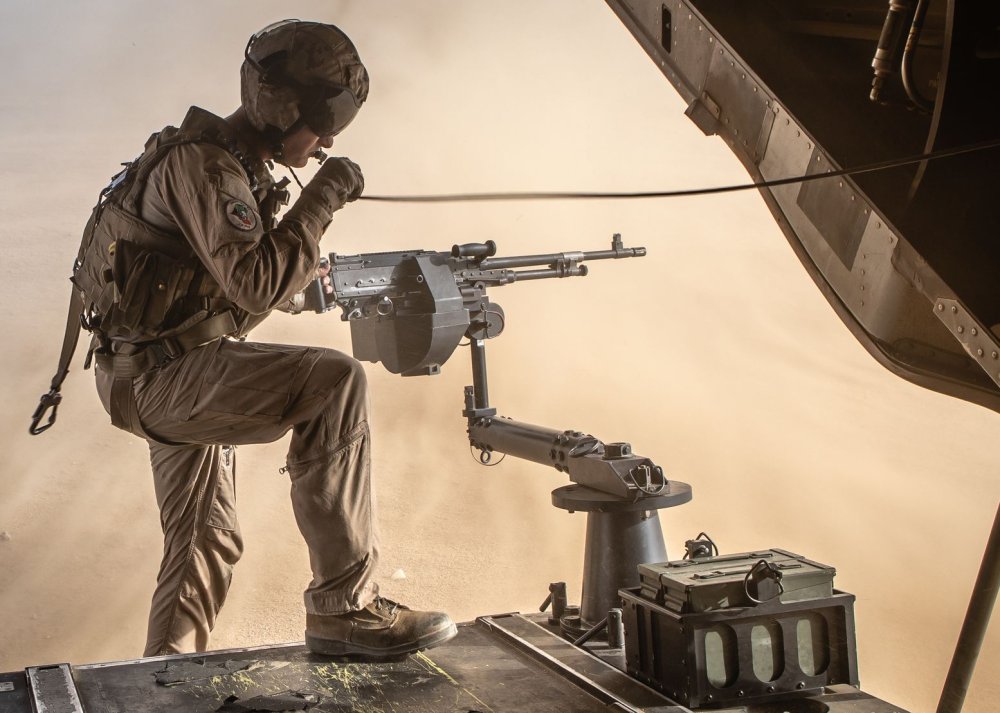 Key point: Finding a new RACU system has been a longstanding priority for the Marines.

The Marine Corps has picked up a grab bag of battlefield gadgets in recent years as part of the Pentagon's never-ending quest for sweet, sweet lethality, from advanced weapon sights and optics to laser rangefinders.

Now, after nearly a decade in development, the Corps is finally testing a new gadget designed to unify control over a Marine's many rifle-mounted accessories into a single, easy-to-use system so grunts don't have to take their hands off their rifle in the middle of an operation.

The Corps has been on the lookout for a RACU system for years. Originally described by Marine Corps Systems Command (MARCORSYSCOM) officials in 2010 sources sought notice, the final RACU system will allow grunts to operate their various gadgets outside the wire without having to fiddle with their weapon, sacrificing situational awareness in the process.

"Controlling the functionality of [rifle-mounted accessories] often requires the Marine to remove a hand from his weapon to manipulate each device individually or to utilize a single item controller or pressure switch," according to August 2010 notice. "The USMC desires a single device, which attaches to the weapon that can control multiple electronic items based on any mission configuration requirements."

The Corps has been carefully evaluating potential systems in the intervening years. In December 2010, Australian contractor Kord Defense announced that the service had selected the company's Rifle Input Control (RIC) to evaluate its "performance and suitability" to meet its RACU requirements. In December 2016, the company was awarded an $2.25 million to provide additional RIC units to the the Corps for testing and evaluation.

"Today's frontline soldiers carry numerous electronic devices on their body and weapon but all these devices have separate individual controls that make them difficult to operate quickly and accurately and increase the cognitive load on the soldier," Kord managing director Peter Moran said of the system in a 2016 release. "This reduces the soldier's situational awareness, accuracy and responsiveness – a very dangerous thing in combat."

"The RIC provides soldiers with a fast, simple and safe way of remotely operating all their electronic devices from one central location without taking their eyes off the task or hands off their weapon – EYES ON, HANDS ON," he added.

The new round of RACU prototype testing detailed by Marine Corps Times indicates the Corps may be expediting its work on the the system. Indeed, the testing comes on the heels of report from the House Armed Services Committee that explicitly named the rapid acquisition of a 'Rifle Integrated Controller' following RACU testing as an "item of special interest" in the 2020 National Defense Authorization Act.

"The committee recognizes the challenges that exist for an individual Marine to operate separate situational awareness, communications, target designators, thermal sights, and other battle management devices and notes a RACU system would consolidate these disparate capabilities into one unified capability," according to the report.

The HASC report urged the Marine Corps to "expeditiously complete the phase 2 evaluation and, subject to a successful evaluation, expects the capability to result in a validated requirement," suggesting that after a decade of slow and steady evaluations, Marine grunts actually see yet another fancy new addition to their rifles sooner rather than later. And not a moment too soon: too many gadgets can end up proving a fatal distraction downrange — and amid the Pentagon's ongoing lethality obsession, Marines could certainly use one gadget rule them all.