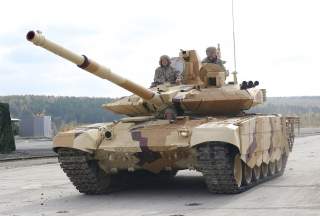 Key point: It would be a true disaster.

And to make matters even worse, with NATO and Russian forces in close proximity in Europe—as recent events keep demonstrating--as well as both nations having air assets over the war torn skies of the Syrian Civil War, there is the chance that an accidental collision could spark a diplomatic crisis, a crisis that could lead to a place no one wants to go: some sort of open conflict.