These 5 Armies, Air Forces, And Navies Are Kings Of The Land, Air, and Sea 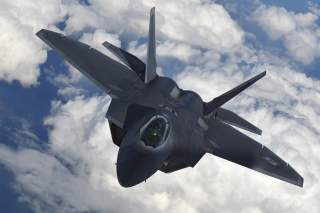 The world, thanks to the march and diffusion of technology, is getting smaller.

Travel by airplane at high rates of speed, modern maritime transport and faster and faster transit on the ground thanks to high-speed rail and highways that cover almost every part of the globe mean people can get to points a,b and c faster than ever before.

Modern telecommunications mean we can communicate with any willing participant in almost any part of the globe, in real time, anytime.

But modern technology’s diffusion globally also means the instruments to attack and destroy one another are also advancing--and spreading rapidly.

Nations around the globe are building impressive military capabilities, much of which are aimed to deter or deny the United States in the ability to utilize parts of the global commons to access and transport forces to help our allies or enter a conflict zone. Named anti-access/area-denial, or A2/AD, nations like China, Russia and Iran and others, are developing capabilities to ensure Washington is not able to launch a Gulf-War I style offensive against them with ease. Realizing the challenge, the Pentagon has created operational concepts like Air-Sea Battle (now JAM-GC) and bigger approaches like the Third Offset to retain the ability to dominate the battlefield.

So, considering the above, today, what nations have the top navies, top armies and air forces? Who could challenge the United States in a kinetic conflict? TNI frequent contributor Kyle Mizokami, in a number of pieces several years back, recombined into this one post for your reading pleasure, takes the question head on and comes up with some interesting ideas. Let the debate commence.