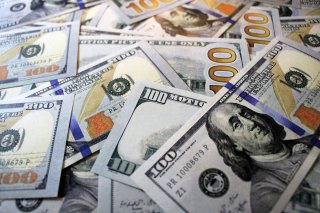 Editor’s note: This is the third article in a four-part series that The National Interest is running on domestic sovereign wealth funds in the United States. You can find parts one and two here. Check back with this author for part four, coming soon.

Here are five sovereign wealth funds that have provided large dividends to several states and are helping to grow the U.S. economy.

Montana’s Coal Severance Tax Trust and Public-School Fund were established in 1975 by the Montana state legislature. The Fund receives 50 percent of all tax revenue generated by royalties from companies that extract coal and oil from Montana’s state lands. After the monies have been deposited into the fund, the money is then channeled into five sub-trust funds. The other 50 percent of the tax revenues are funneled into eight different sub-funds outside of the Coal Severance Tax Trust. Montana has taken a hybrid approach to the management of its sovereign wealth fund (SWF) as opposed to those of other states.

The principal value of the trust fund is never withdrawn and is added to on a regular basis to grow the fund and its investment power. The investment income that is not placed into the trust fund is disbursed to the general fund of Montana’s state budget. The fund’s assets are managed by the Montana Board of Investments, which manages all of the funds generated as tax revenue for the state of Montana. The valuation of the fund as of the end of fiscal year 2019 was $1.29 billion. This fund is not ranked by the Sovereign Wealth Fund Institute (SWFI).

Each year, 3 percent of revenue derived from the extraction of non-renewable energy such as coal, limestone, natural gas, and oil is deposited into the fund.  No disbursement of the fund was allowed until 2020. The fund is managed by the West Virginia Investment Management Board. The value of the fund is $127 million in 2019. This fund is not rated by the SWFI Institute.

Colorado took advantage of the model pioneered by the state of Utah which created the Advocates for School Trust Lands (ATSL). The Colorado State Board of Education formed a non-partisan coalition in the early 2000s to educate the public about the use of the Permanent Fund and how the Permanent Fund works. The members of the non-partisan group are Colorado’s non-partisan coalition includes representatives from the Colorado School Finance Project, Parent Teacher Association, Colorado Education Association, Colorado Association of School Boards, Colorado Association of School Executive, the Rural Alliance, and the State Board of Education. The coalition works with the State Land Board (who manages the lands) and the State Treasurer (who invests the Public-School Permanent Fund) to represent the beneficiaries—Colorado’s public schools. The fund had assets of $1.3 billion at the end of 2020. The fund is ranked sixty-eighth out of 100 sovereign wealth funds.

Idaho was admitted to the Union on July 3, 1890. When Idaho became a state, it was granted 3.6 million acres of land. At the present time there are only 2.4 million acres belonging to the Idaho Endowment Fund Investment Board.

The Idaho State Board of Land Commissioners (Land Board)—governor, secretary of state, attorney general, superintendent of public instruction, and state controller—is the trustee for the Endowment Lands trusts. According to the Idaho Constitution, the trusts must be managed “in such manner as will secure the maximum long-term financial return” to the trust beneficiaries.

According to researchers at the University of Idaho,

There are nine Endowment Lands trusts. Seven of the nine trusts have a single beneficiary institution, and two benefit multiple institutions. Eight of the nine trusts are structured and operate similarly; the Capitol Permanent trust is somewhat different. The following discussion about trust structure and administration applies to the other eight trusts. Each trust consists of three main parts: the land asset, managed by the Idaho Department of Lands (IDL), and a Permanent Fund and an Earnings Reserve Fund managed by the Endowment Fund Investment Board. Public schools are the largest beneficiary of Idaho’s Endowment Lands.

The fund is ranked sixty-first by the SWFI. The fund has assets of $1.8 billion.

The Oklahoma Tobacco Settlement Endowment Trust (TSET) was established from the 1998 Masters Settlement Agreement with the major cigarette makers in the United States. Unlike other states, Oklahoma created the TSET after the citizens of Oklahoma passed a November 2000 constitutional amendment to create a sovereign wealth fund to deal with the health problems caused by the use of tobacco products. As reported by an article in the American Journal of Preventative Medicine,

“The constitutional amendment created a detailed governing bodies with separate oversight for the endowment trust fund investment and for the grants and programs funded by the earnings from the endowment.  One appointed board oversees the endowment’s investments, and the other oversees the expenditures from the fund with the overall purpose of improving the healthy and quality of life of Oklahomans. TSET’s Board of Investors is a geographically diverse five-member board, chaired by the State Treasurer. The remaining four members are appointed by the Governor, Speaker of the House of Representatives, President ProTempore of the Senate, and State Auditor and Inspector.”

Any change to the structure requires a constitutional amendment by the citizens of Oklahoma.

TSET has a valuation of $1.4 billion and is ranked sixty-seventh by the SWFI.