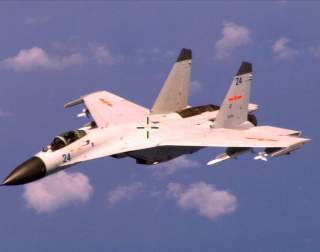 Pound for pound, the Republic of Korea Air Force may be tougher than any of the services listed here.

Robert Farley, a frequent contributor to TNI, is a Visiting Professor at the United States Army War College. The views expressed are those of the author and do not necessarily reflect the official policy or position of the Department of the Army, Department of Defense, or the U.S. Government. Follow him on Twitter:@drfarls.