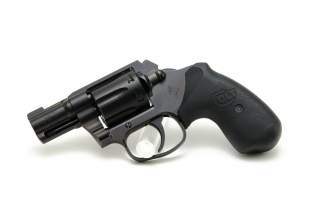 Key point: Although heavy, Mossberg says the magazines hang from the shotgun’s center of gravity, making the overall package easier to handle.

Held annually in Las Vegas, the National Shooting Sports Foundation’s SHOT Show is known as the industry event where new firearms of all kinds are introduced to the public. From self-defense revolvers to precision rifles, SHOT is the place to see the latest innovations in the world of guns. Let’s take a look at five weapons introduced at SHOT 2018.