These Russian Submariners Had More To Worry About Than Enemy Navies 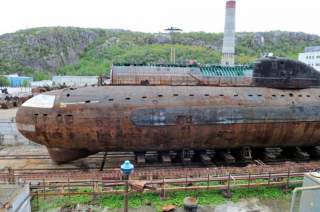