Think About This: A Nuclear Bomb on an Israeli F-35? 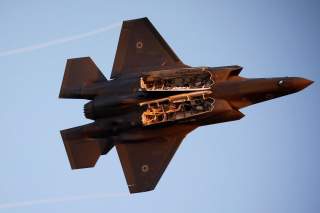 Key Point: Israel has all of the components to make it happen.

This piece was first featured in 2017 and is being republished due to reader's interest.