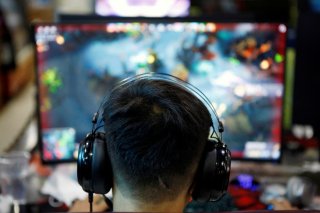 The Chinese government has forbidden minors from playing video games for more than three hours per week, based on its conclusion that the games represented a social malaise. The National Press and Publication Administration (NPPA), which authored the ban, declared that video games amounted to “spiritual opium” in its announcement on Monday.

The new rules represent a significant new step by Beijing to control a major part of its economy that has largely remained outside the government’s grasp throughout more than a decade of consistent growth.

The rules, as announced, would apply to any device capable of playing games on, including computers, tablets, and phones. The new restrictions pose a major threat to the Chinese gaming industry, which has capitalized on hundreds of millions of China’s youth in the single largest gaming market in the world. They come at the same time that Beijing has clamped down on several large tech and gaming companies with high-profile leaders, including Alibaba, whose CEO Jack Ma disappeared for three months in late 2020 after criticizing the country’s financial system.

Tencent Holdings, another major Chinese tech company and owner of the immensely popular multiplayer game League of Legends, was also targeted by the crackdown. Tencent experienced a significant loss of stock value after the announcement was made, as did several other Chinese, American, and European gaming companies.

According to the restrictions, Chinese citizens under the age of eighteen are restricted to one hour of games per day—from 8:00 to 9:00 in the evening—and only on Fridays, Saturdays, and Sundays. According to the Chinese state-owned Xinhua news agency, children would also be allowed one hour of gaming time on official holidays.

An unnamed NPAA spokesman described teenagers as “the future of our motherland,” and attributed the video game ban to an effort to safeguard their physical and mental health.

It remains uncertain how the ban will be enforced. The statement indicated that gaming companies would be forbidden from providing services to minors outside the designated hours, and that gamers would be required to use their real identities online, enabling companies to keep track of their ages.

This is not the first rule restricting video game time in China’s history. In 2019, the government restricted minors to ninety minutes per day, and up to three hours on holidays. However, Chinese netizens on Weibo, China’s popular microblogging app, experienced surprise at how much stricter the current round of restrictions were.

Some Weibo users also observed that the restrictions could simply be avoided by children accessing gaming sites using their parents’ login credentials.