Time to Use China's A2/AD Military Strategy Against Them 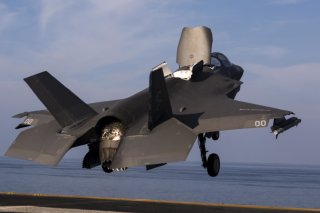 Last week the Pentagon released two appraisals of China in swift succession. The first, issued by the Defense Intelligence Agency (DIA), goes by the title China Military Power and is patterned on the old-school Soviet Military Power tomes beloved by those of us of a vintage to have battled godless communism during the 1980s.