Too Late? NATO Zeroes in on the China Threat 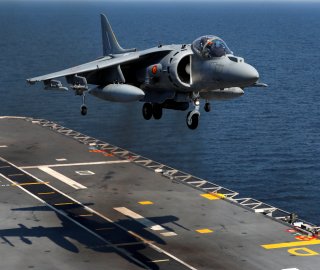 For the first time in its decades-long history, the NATO alliance plans to formally cite China in its soon-to-be-released strategic concept paper, a substantial adaptation that seems to reflect concern about Russian-Chinese collaboration and the global threat presented by China.

When asked about the upcoming strategic concept, U.S. defense secretary Lloyd Austin was clear that NATO will be keeping a close eye on China and the security situation in the Pacific.

“We've seen a number of countries that are members of this Alliance operate in the Indo-Pacific, some in conjunction with us and other countries like Australia and Japan,” Austin said following a meeting with NATO chief Jens Stoltenberg in Brussels, Belgium. “[T]he alliance as a whole. … will pay attention to what’s going on in the region.”

There are a number of pertinent things suggested by this move, the most obvious being the seriousness of China’s ability to present substantial security threats beyond the Pacific theater, potentially reaching Europe and the Mediterranean. The sheer size and reach of the Chinese Navy, for instance, enables it to travel much farther than it previously could. China has quickly transitioned from a dominant regional power into a rival international power seeking dominance. Part of this global Chinese effort, articulated in the Pentagon’s annual report on China, is to vastly expand its global footprint in vital areas such as Africa.

The Chinese military, for example, built a large military base in Djibouti, located right near a U.S. facility on the eastern coast of Africa. A port in a location such as this opens up avenues of approach into the Middle East and Indian coast, among other things. Submarines, carriers, warships, and other threatening Chinese platforms could dock there to refuel, resupply, and prepare for lengthy surface or undersea deployments capable of reaching previously inaccessible waters.

China’s Navy is already larger than the U.S. Navy, and the People’s Liberation Army Navy is building its third aircraft carrier and a fifth-generation J-31 carrier-launched stealth aircraft to rival the American F-35C fighter jet.

When it comes to pursuing global domination, China unquestionably has the ambitions, according to the Pentagon’s most recent China report, which specifies that the authoritarian state seeks to become the dominant global power by 2049, when the PRC reaches its centennial. However, the pace of Chinese shipbuilding and modernization may suggest that Beijing thinks it can move into that position even earlier.