Trans-Atlantic Relations Are A Two-Way Street 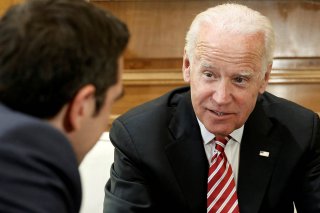 The trans-Atlantic partnership is indispensable to American security and prosperity. In the context of great power competition, where democratic values face constant challenges from China and Russia, the deep ties between North America and the countries of Europe have grown especially vital. It is important for American leadership to cultivate these connections.

The Trump administration has had a European agenda, marked by visits by top American officials to the countries on the eastern flank of the European Union, from the Baltics to Bulgaria, the Balkans, and Greece. President-elect Joe Biden and members of his foreign policy team have signaled their own European aspirations, with greater attention likely to be devoted to western European allies, France and Germany, as well as the EU itself. Rather than emphasizing the differences between these approaches, it is more appropriate to see the continuity in Washington's ongoing efforts to maintain robust ties to a continent of multiple countries with diverse interests and perspectives.

The Biden team has made it clear that it intends to strengthen trans-Atlantic relations by acceding to two salient foreign policy agenda items of the Europeans: returning to the Iran Deal, the JCPOA, and rejoining the Paris Climate Accords. Despite the substantive discussions around each of these two agreements—whether the JCPOA can effectively block Iran's path to nuclear weapons and whether the Paris Accord does not unfairly advantage China, the worst Carbon offender—each also represents a prospective concession by the incoming Biden administration to European expectations. They can serve as vehicles to reground traditional trans-Atlantic collaboration. Some may doubt the wisdom of these plans, but no one, at this point, should be surprised if the Biden State Department moves willy nilly to restore the status quo ante by re-embracing both Obama-era arrangements. Europe will be happy.

We should however not forget that rebuilding trans-Atlantic relations is also a European goal. A reinvigorated Atlanticism could therefore also benefit from steps by the Europeans and not only depend on one-sided concessions by Washington. Indeed, a smart European strategy at this point would include extending olive branches to the United States in order to facilitate the potential rapprochement. There are some real points of dispute that have been dividing the Atlantic partnership, but a willing Europe could fix them easily. Meanwhile, smart American diplomacy should encourage such reciprocity, especially in two areas where European flexibility would earn bipartisan applause in Washington.

Stopping the Nord Stream 2 (NS2). Blocking the pipeline has been a consistent goal of both the Obama and Trump administrations. The pending sanctions against completing NS2 have wide bipartisan support in Congress. Nord Stream has also faced extensive opposition in Europe, especially in Poland and the Baltics, but in France as well. It has really only been championed in Germany, but even there, in the wake of the attempted assassination of Alexei Navalny, influential figures have challenged NS2, both because it poses a threat to European energy security and because it signals inappropriate support for Vladimir Putin's dictatorship. Chancellor Angela Merkel came close to pulling the plug on the pipeline construction, but she ultimately punted, saying the decision should be European, not just German. It is time to take her by her word and urge the European Commission to suspend NS2. Europe could give no clearer signal to the Biden administration that it values the trans-Atlantic partnership. Our diplomats should encourage their European colleagues to move expeditiously on this. It would be a sign of good faith in the Atlantic Alliance.

Pushing Back on China. The Trump administration transformed the U.S. view of China, but the criticism of China has become bipartisan, regarding unfair trade practices, the treatment of minorities, and the rollback of democracy in Hong Kong. President-elect Biden has signaled his intention to continue a tough line toward Beijing, hopefully in collaboration with European allies. Yet in late December, on the eve of the Biden presidency, the European Commission approved an investment agreement with China. On this agreement too, the devil is in the detail, and serious doubts have been raised as to whether it would ever be able to deliver on the rosy terms that it promises. The agreement must still be ratified by the European Parliament, and its passage is by no means assured, especially in light of China's continued mass arrests of democracy activists. At this point, EU approval of the agreement would signal a callous disregard for the human rights abuses as well as for China's breaking its treaty obligations regarding Hong Kong. Biden’s diplomats have an opportunity to convince the European Commission to suspend the investment agreement unilaterally, while working together with Brussels to persuade China to desist in Hong Kong, to end the persecution of the Uighurs, and to initiate domestic reforms. In addition, Washington could use the authority of the Global Magnitsky Act in concert with the EU that has just adopted parallel legislation to sanction Chinese officials involved in human rights violations. That would be a new “Atlantic Alliance,” worthy of the name.

Of course there are other long-standing issues that irritate trans-Atlantic ties, including the reluctance of many NATO members to share the cost of the defense burden equitably as well as the endemic trade imbalances. These matters certainly need addressing, but given their complexity, rapid progress is unlikely. In contrast, the Biden team could encourage Europe's leadership to move quickly to freeze Nord Stream 2 and to suspend the investment deal with China. If the new administration embraces the Europeans' goals by returning to the JCPOA and the Paris Accords, its success will be measured in terms of its ability to achieve reciprocity, by influencing European allies to meet American goals toward Russia and China. Trans-Atlanticism has to work in both directions for it to remain politically sustainable.