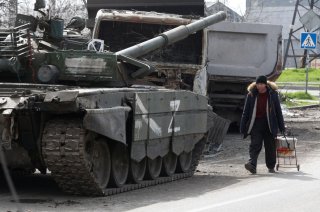 Treasury Secretary Janet Yellen urged lawmakers to pass additional economic assistance for Ukraine on Tuesday, claiming that the help that the Eastern European nation had received since Russia’s invasion failed to meet its basic needs due to the destruction of much of its economy.

In a speech delivered at the Brussels Economic Forum on Tuesday, Yellen argued that the United States would need “massive support and private investment for reconstruction and recovery, akin to the task of rebuilding Europe in 1945.”

“What’s clear is that the bilateral and multilateral support announced so far will not be sufficient to address Ukraine’s needs, even in the short term,” she added.

The United States has issued repeated promises of financial assistance to Ukraine since the onset of Russia’s invasion on February 24. The most recent plan, announced last week, would see $40 billion in aid delivered to Ukraine and is expected to overcome token opposition in the House and Senate with a wide bipartisan majority.

In her remarks, Yellen also called on foreign leaders and officials to match Washington’s efforts.

“I sincerely ask all our partners to join us in increasing their financial support to Ukraine,” she said. “Our joint efforts are critical to help ensure Ukraine’s democracy prevails over [Russian leader Vladimir] Putin’s aggression.”

Yellen concluded by underlining the importance of close ties between the United States and Europe, arguing that these ties had hindered Russian efforts to “play off some of us against others” through mechanisms such as continuing to supply gas and other hydrocarbons to much of the continent. Looking forward, Yellen suggested that China might adopt similar methods in the event of a future conflict. She added that a continuation of the war would inevitably “push Russia further towards economic, financial, and strategic isolation.”

During her visit to Brussels, the treasury secretary met with Ursula von der Leyen, who heads the European Commission, the EU’s executive decision-making body. Von der Leyen later announced that the EU would publish a second aid proposal for Ukraine on Wednesday.

Yellen is also expected to make an appearance at the Group of Seven (G7) summit in Bonn, Germany, at the end of the week.