Trouble: Russia Doesn't Have Enough Planes for Its Paratroopers 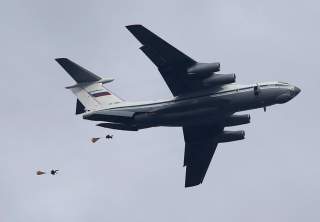 Key point: Moscow's crack paratroopers need more military transports if they are to do their job.

Michael Peck is a contributing writer for the National Interest. He can be found on Twitter and Facebook. This first appeared in October 2018.