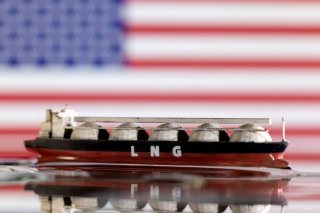 The two giant oceans that protect the United States from enemies have also been an economic boon for America. For as the widespread use of fracking has yielded a surplus of cheap natural gas, the country’s oceans have made it difficult to export that gas abroad, leading to strong economic tailwinds. Yet today, as liquified natural gas (LNG) exports increase and gas production remains flat, domestic prices are set to rise, benefiting the gas industry while drastically increasing costs for all other businesses. The American people, already suffering from reckless fiscal and loose monetary policy and still reeling from the damage caused by Covid-19 and the response to it, will experience even higher inflation. Therefore, U.S. LNG export policy should be recalibrated to provide the greatest benefit to society as a whole—not used to further a political agenda.

Historically, Asia has been the top destination for U.S. LNG exports due to higher gas prices there. For exports to other regions to make economic sense, prices in those markets must rise. In Europe, limiting or eliminating abundant and cheap Russian pipeline gas supply will drive prices higher. Thus, the current political agenda certain countries are pursuing will benefit LNG exporters, despite that it will brutally hit European consumers and industry alike and have ripple effects across the planet.

Expectations of greater LNG exports have caused U.S. spot gas prices to break out of the $3-4 per million metric British thermal units (MMBtu) range of the 2010s to over $8. If long-term contract prices reach this new level, the economic impact will be severe. For example, three-quarters of the cost of ammonia is gas. As gas prices began to jump last year, so did ammonia prices, from $250/ton to over $1,300/ton. World attention has been called to the potential for starvation because Black Sea grain cannot leave port. To make matters worse, the rising cost of ammonia fertilizer must be passed on to consumers, leading to further inflation in food prices, starvation, and forced migration in the developing world. Alternatively, farmers could use less fertilizer, leading to lower crop yields and thus higher prices—the same result.

Similar price hikes can be expected in the countless products where natural gas is the feedstock such as fabrics (nylon, polyester), plastics, paints, resins, and medicines as well as intermediate feedstocks (methanol, ethane), which in turn are used in production of final goods, causing the inflationary effect to span out across the economy in dramatic fashion. Natural gas also drives many petrochemical processes, including those used in the production of diesel and gasoline additives, further increasing already elevated gasoline and diesel prices. This will reduce consumers’ purchasing power and fuel inflation because diesel powers the trucks that deliver the goods we buy and most farm machinery.

Electricity prices are very sensitive to the price of natural gas since it fuels around 40 percent of electricity generation. As expected, electricity prices have risen steadily over the past year. The Energy Information Agency (EIA) expects summer 2022 electricity prices to be 3.9 percent higher than last year. If long-term gas contract prices reach spot levels, the additional annual cost to the United States could be $56 billion or $456 per household. This is just the direct effect of residential electricity costs and does not consider the added cost of electricity in factories, stores, schools, etc. These costs are considerably higher.

In December, when gas prices were much lower, the EIA forecast that the nearly half of U.S. households that heat primarily with natural gas will spend 30 percent more than they spent last year in case of an average winter and the 41 percent of households that heat primarily with electricity will spend 6 percent more. This translates into an added yearly cost of $30 billion or $241 per household. Together with electricity, this would be an average annual increase of $85 billion, or $697 per family. These increases will be greater if gas prices continue to rise.

Also, increased LNG exports run counter to the “green” agenda. Liquefication of natural gas, long ocean voyages, and regasification require massive additional energy and carbon emissions. Construction of these multi-billion-dollar facilities and ships consumes huge quantities of energy and materials. Additionally, higher gas prices have led to renewed use of coal, which is dirtier and less energy-intensive than gas.

This is not to say that the United States should stop exporting LNG. Natural gas producers and operators of liquification facilities have a fiduciary duty to their shareholders to maximize profit by seeking the highest prices for their products. It is in their own best interest to advocate for increased exports. However, if we continue to pursue this policy, nearly all other industries will be negatively impacted, and consumers will suffer severely. The desire to profit from the capitalist system, a major factor in the greatness the United States has achieved, must be balanced against the needs of the populace and U.S. economy. In deciding whether to export more, careful consideration should be given to the effect on domestic gas prices and thus the American people.