Trump Administration Withdraws From WHO 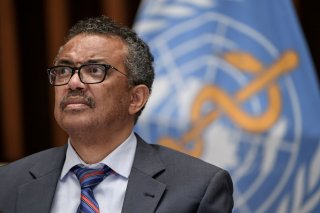 The Trump Administration has officially initiated America’s withdrawal process from the World Health Organization (WHO) as the country surpassed three million coronavirus cases on Tuesday.

Congress received word of the decision, about two months after President Donald Trump announced he wanted to end all ties with the WHO “because they have failed to make the requested and greatly needed reforms,” Trump told reporters at the time. Conservatives who have supported Trump’s initiatives of withdrawing from the WHO claimed that the organization didn’t pressure China enough to be completely transparent when reporting the seriousness of the virus when it first started.

Democratic presidential candidate Joe Biden’s latest plans to beat the coronavirus, if elected in November, promises to mend Washington’s relationship with the WHO.

“Americans are safer when America is engaged in strengthening global health. On my first day as President, I will rejoin the @WHO and restore our leadership on the world stage,” Biden tweeted.

Democrats have raised concerns in the past about Trump’s ideas to cut ties with the United Nations’ affiliate, especially during a time where global coordination is needed. The United States remains the most infected country globally, comprising more than 25 percent of positively tested coronavirus cases.

Trump announced the United States would freeze funding for the WHO in April if the organization didn’t undergo certain reforms, as the country is the top annual contributor of around $450 million. China trails behind in contributions with $50 million per year.

Republican Senator Lamar Alexander from Tennessee and the chairman of the Senate Health, Education, Labor and Pensions Committee, said that he disagrees with the president’s decision.

“I disagree with the president’s decision. Certainly there needs to be a good, hard look at mistakes the World Health Organization might have made in connection with coronavirus, but the time to do that is after the crisis has been dealt with, not in the middle of it,” Alexander said in a statement.

He added that the decision could impact the development of a vaccine and destroy relationships with other nations.

House Speaker Nancy Pelosi went public on the matter saying this is “an act of true senselessness” and that the president is “crippling the international effort to defeat the virus.”

“This is a great move by the president that’ll prevent billions of American taxpayer dollars from going to the WHO,” Representative Guy Reschenthaler tweeted.