Trump Is Failing on Human Rights 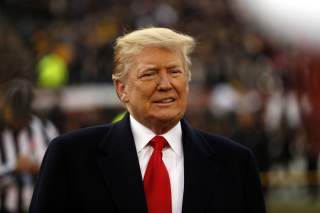 In early October, journalist and pundit Jamal Khashoggi entered a Saudi Arabian consulate because he was about to get married and needed to obtain documents. This fifty-nine year-old man, anticipating a new chapter with his love, was then killed by fifteen agents and dismembered. It has been reported that his killers may have smuggled pieces of his corpse out of the country in their luggage. Other prominent critics of Saudi Arabia have also gone missing.

The CIA’s assessment reportedly concluded, with a high degree of confidence, that the assassination was ordered by Crown Prince Mohammed bin Salman. Saudi Arabia’s version of events has repeatedly changed. Following a select briefing by CIA Director Gina Haspel, several Senate leaders emerged convinced that the crown prince ordered the killing. Senator Bob Corker said that if the evidence were put before a jury, there would be a unanimous guilty verdict within thirty minutes. However, an earlier White House statement tried to cast doubt with the phrase “maybe he did and maybe he didn’t!”

President Donald Trump’s comments to the press reveal that he views the journalist’s murder almost entirely from a financial perspective:

“If we broke with them, I think your oil prices would go through the roof. I’ve kept them down, they’ve helped me keep them down.”

“It’s a very simple equation for me. I’m about ‘make America great again’ and I’m about America First.”

By reducing this issue to slogans and all-or-nothing thinking, the president has overlooked critical leverage. He neglected an opportunity to change the nature of America’s relationship with the Saudis by, at the very least, insisting on accountability, full disclosure and greater tolerance for dissidents. He also could use the Global Magnitsky Act to apply sanctions to Saudi Arabia’s most senior leaders. According to Trump’s comments, restoring trust and pushing for human rights would be tantamount to foolishness.

To be fair, a long succession of U.S. presidents have also overlooked Saudi Arabia’s contempt for basic human rights. The totalitarian desert country still thinks it’s acceptable to deliver hundreds of public lashings to people for incredibly minor, so-called “offenses.” Journalists and dissidents are regularly imprisoned. LGBTQ people are tortured and executed. This recent turn of events is newsworthy, in part, because the president of the United States explicitly described and condoned the influence that money has upon morality.

Trump’s blunt style of speech is one of the attributes that endears him to his supporters. His two slogans, cited most recently as a justification for his inaction, were actually repurposed from historical campaigns—“Make America Great Again” came from Ronald Reagan and “America First” from Warren G. Harding. It isn’t always clear what time period we’re attempting to restore. What is clear is that the President doesn’t fully understand what makes America great: our values. And too often, he compromises them.

The economy fluctuates, with the GDP growth rate often responding to crises, taxes, monetary policy, military conflicts and international dealmaking. There is no reason to think that these ebbs and flows will ever go away. Our greatness is not defined by any particular economic state or relationship, but by an enduring set of values that has served as a compass for course correction and progress.

The comments of National Security Advisor John Bolton seem even more oblivious to the relevance of American values. During an exchange with a journalist at the White House, Bolton explained his refusal to listen to an audiotape of Khashoggi’s murder by saying, “Unless you speak Arabic, what are you going to get from it? Really?”

Of course, there are many, very relevant things that Trump’s team could get from listening to the visceral audiotape. These include: an appreciation for the human rights element that is inextricably involved in all this. A reality-based understanding of our trading partner’s conduct, taken out of the abstract. A spiritual calling toward justice. It has been reported that one member of the assassination squad was assigned to act as a body double for Khashoggi. On the tape, he comments that it is spooky to wear the clothes of a man killed just twenty minutes prior. It would also be spooky to hear these deeds and words, which is perhaps why Bolton and Trump haven’t mustered up the courage to even listen.

Trump emphasized Saudi Arabia’s imports from America in his comments, saying that the Saudis buy “hundreds of billions of dollars’ worth of things” from us. In 2017, Saudi Arabia was our twentieth largest goods export market. Inexplicably cowing down to the twentieth market doesn’t put America first. That’s bad math. Oil is more pertinent in this relationship. It is also the cause of our economic dependency. Therefore, putting “America First” in this situation would involve securing America’s energy independence by investing in STEM education and supporting new technologies.

When Trump ran for office, he often said “they’re laughing at us” when referring to our international affairs. What must Saudi Arabia think, having orchestrated the murder of a U.S.-based journalist and political pundit, without any significant repercussions from the United States? At the G20 summit, the crown prince and Putin both exchanged an enthusiastic high-five while they were, quite literally, laughing.

When Trump campaigned, he also framed himself as an incredible dealmaker and has since asserted that he is “a very stable genius.” If he truly has this skillset, why does he believe so firmly that an ethical deal cannot be reached, to the point where it’s not even worth trying?

Some have suggested that Trump’s refusal to act might actually stem from a personal conflict of interest. The president said, “I have no business whatsoever with Saudi Arabia, couldn’t care less.” But as with Russia, that is demonstrably untrue. Trump sold an entire floor of Trump World Tower to the Kingdom of Saudi Arabia. In 2015, Trump said, “Saudi Arabia, I get along with all of them. They buy apartments from me. They spend $40 million, $50 million.” A PR firm working for the kingdom spent nearly $270,000 at Trump’s DC hotel. Why were they there? They were lobbying against a law that allows Americans to sue foreign governments for their responsibility in 9/11. (Fifteen of the nineteen hijackers were Saudi citizens.) The list goes on.

This is also not the first time that Trump has expressed support for autocratic or repressive regimes. When describing Kim Jong-un, Trump said, “He’s the head of a country and I mean he’s the stronghead, don’t let anyone think anything different. He speaks and his people sit up at attention, I want my people to do the same.” A former CIA director has suggested that Trump has “autocratic envy” toward Putin.

There is a counter-argument here. Many of Trump’s supporters are grateful that this White House is reluctant to engage in hawkishness and military interventionism at the cost of blood and treasure. In some respects, they are right. Violence should only be used as a last resort. False suspicions and distorted fears are sometimes alleviated or clarified through engagement. There are veterans who feel that the military has been abused and misused by past administrations that overcommitted to dubious causes. This is all true. The problem is that Trump’s supporters often go further by denying reality.

Instead of acknowledging geopolitical events but saying it is not in our interests to intervene, they choose to willfully ignore flagrant violations of our national security, rationalize the heinous acts of foreign powers and cast doubt on the entire field of journalism as well as our own intelligence services. Burying our heads in the sand cannot be a long-term strategy.

This deliberate ignorance has been most conspicuous when it comes to policy toward Russia. Putin’s Russia interfered in our elections with the intent of undermining American democracy. Russia-backed cyber actors have targeted our infrastructure, attempted to tamper with our voting machines, conducted influence campaigns and stolen corporate secrets. Russia also illegally annexed Crimea, fomented violence in Ukraine, shot up and rammed Ukrainian ships, and downed a civilian airliner. Journalists and dissidents in Russia have been imprisoned, fined and murdered.

And the president doesn’t respect consensus within his own government. In addition to his awkward efforts to blur the reality regarding Khashoggi’s killing, Trump has attempted to undermine intelligence reports on the topic of election interference. He is contradicted by the Central Intelligence Agency, Office of the Director of National Intelligence, FBI, National Security Agency, Justice Department, Department of Homeland Security, House Intelligence Committee and Senate Intelligence Committee. Instead of facing these overwhelming facts and reevaluating their leadership, his base conjures up “deep state” conspiracy theories.

It’s worth noting that this gradual tilt in the GOP toward non-interventionism technically preceded Trump. It can arguably be traced back to the influence of Ron Paul. (Incidentally, Ron Paul’s son, Senator Rand Paul, said that the White House’s response puts Saudi Arabia First, not America First.) At certain times, the philosophy of non-interventionism serves the cause of peace. However, Trump’s view still suffers from severe psychological splitting. He pretends that we must choose between his reverence for autocrats and outright war. There are other options.