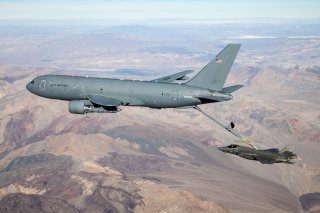 Key point: New aerial tankers by themselves won’t guarantee the success of an Israeli strike on Iran. But they do make it a little easier.

Michael Peck is a contributing writer for the National Interest, and a Writing Fellow at the Middle East Forum. He can be found on Twitter, Facebook. or his  Web site. This article first appeared earlier this month.