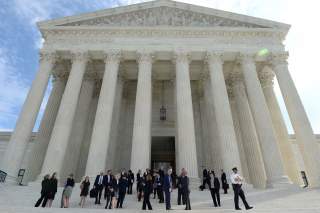 Jay Sekulow, a personal lawyer for Trump, vowed to appeal the case to the Supreme Court.

“The decision of the Second Circuit will be taken to the Supreme Court. The issue raised in this case go to the heart of our Republic. The constitutional issues are significant,” Trump lawyer Jay Sekulow said in a statement.

Trump’s lawyers had argued that the president is immune from criminal investigations and subpoenas issued in criminal proceedings. In a hearing on Oct. 23, the president’s lawyer, William Consovoy, argued that Trump could not be criminally prosecuted even if he shot someone on 5th Avenue in New York City.

Robert Katzmann, the chief judge on the 2nd Circuit Court of Appeals, shot down the argument in his ruling on Monday.

“After reviewing historical and legal precedent, we conclude only that presidential immunity does not bar the enforcement of a state grand jury subpoena directing a third party to produce non-privileged material, even when the subject matter under investigation pertains to the President,” Katzmann said in his opinion, according to Politico.

Trump has fought other attempts to obtain his tax returns, including from the House Ways & Means Committee. Rep. Richard Neal, the Democratic chairman of the committee, has sued for six years worth of Trump tax returns in that case.

Vance, a Democrat, subpoenaed Mazars LLP for eight years of Trump’s tax returns as part of an investigation into a $130,000 payment that former Trump lawyer Michael Cohen made to Daniels.

Cohen, who is serving a three-year prison sentence, has testified that the president directed him to make the payment to Daniels in October 2016 to prevent her allegations that she had an affair with Trump in 2006 from going public.