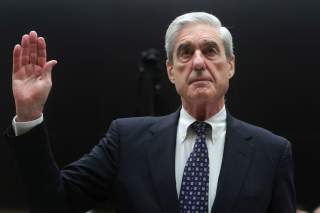 Trump also claimed Mueller denied reports that the president turned him down for the role of FBI director the day before Mueller’s appointment as special counsel in 2017.

“It has been reported that Robert Mueller is saying that he did not apply and interview for the job of FBI Director (and get turned down) the day before he was wrongfully appointed Special Counsel. Hope he doesn’t say that under oath in that we have numerous witnesses to the interview, including the Vice President of the United States!” Trump wrote Wednesday on Twitter.

Trump also expressed displeasure with Mueller’s request that Aaron Zebley, his deputy during the probe, be sworn in as a witness in order to address any questions that he is not able to answer. Several Republicans were also not happy with the possibility of Zebley’s inclusion.

“So Robert Mueller has now asked for his long time Never Trumper lawyer to sit beside him and help with answers. What’s this all about? His lawyer represented the ‘basement server guy’ who got off free in the Crooked Hillary case. This should NOT be allowed. Rigged Witch Hunt!” Trump wrote on Twitter.

Zebley represented former Clinton aide Justin Cooper in 2015 and 2016 in the investigation into former Secretary of State Hillary Clinton’s use of a private email server, according to the Washington Examiner.

Overall, Trump sent at least nine Mueller-related tweets within nine hours in the lead-up to the former special counsel’s testimony.