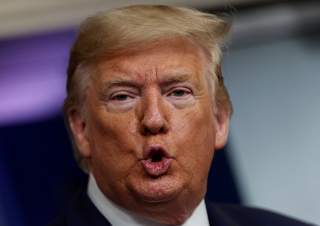 The United States Senate is working overtime to finalize a stimulus package proposal that legislators are being told is the only way to stop the U.S. economy from going into freefall as a consequence of the coronavirus pandemic. Having just passed a coronavirus relief bill on Wednesday, Senate Republicans hope to have the stimulus passed by Monday.

Senate Majority Leader Mitch McConnell has said the Senate will not leave Washington D.C. until it is passed. The House of Representatives has been on a scheduled recess this week, although House Speaker Nancy Pelosi has been kept informed about the Senate’s progress.

“We need to get this done Monday, so the American public needs us to move forward. Our objective is to have Congress pass legislation on Monday and have the president sign it,” said Secretary of the Treasury Steven Mnuchin, who has emerged as the leader of the administration’s economic response.

Senators are being tight-lipped about the precise wording of the bill, but the expected price tag will be over a trillion dollars. For comparison, the stimulus package passed by President Barack Obama in 2009 was $831 billion.

The biggest measure included in the stimulus will be direct cash payments to Americans. This will enable people, newly laid off in massive numbers, to pay essential bills, and what economists will hope will be essential spending to restart the economy.

Under the Republican-crafted plan, individuals in the middle and working-class would receive as much as $1,200 and couples $2,400. Minimum payments would be $600 for individuals making at least $75,000 and couples making $150,000. There would be $500 increases to the payments for each dependent. The cash infusions would take place in two rounds, one on April 6 and another on May 18.

The stimulus would also allocate the $50 billion bailout requested by an increasingly desperate airline industry. A further $150 billion would go to bail out other affected parts of the economy, predominantly those focused on hospitality that have been the hardest hit. The bill would also create a small business interruption loan program.

Senate Democrats are insisting that the bill also includes an expanded sick leave package. “It’s a non-starter if it’s not included in the next package,” said New York Senator Kirsten Gillibrand. “That next tranche of investment in the economy is going to require 60 votes. If it's not included, I don't believe Democratic support will be for the measure.”

Keynesian economists, who believe economical growth depends on debt-financed government spending, are skeptical that a trillion-dollar stimulus is large enough. Other numbers being proposed go up to even two or three trillion.