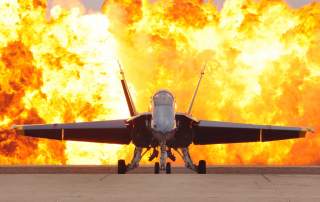 Know This: The facts are simple: Washington and Tehran are locked into a long-term geopolitical contest throughout the Middle East that will span decades—a similar contest in many ways to Washington and Beijing’s battle for influence in the Asia-Pacific and wider Indo-Pacific regions.

From Yemen to Syria, to Lebanon and over the long term in Iraq, it is quite clear Washington and Tehran have too many areas of contention for their relationship to turn rosy.

Harry Kazianis serves as a Senior Director at the Center for the National Interest.