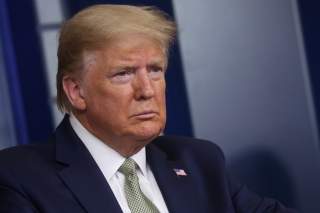 Details are far from clear and Congress has yet to debate it, but the administration has taken a necessary step to propose emergency aid for the economy. Today’s “pause” in economic activity, necessary as it is to cope with the spread of COVID-19, is far from costless and will, if nothing is done to ameliorate the burdens on businesses and individuals, lead quickly to the recession, in that event a severe one.

The rumored $850 billion in economic stimulus is probably enough, but money alone – or zero interest rates for that matter – will fail unless policy aims to short-circuit the ways in which today's shutdowns, quarantines, and supply shortages will create a recession.

The present situation is very different from recessions as economists understand them. Cyclical economic downturns almost always emerge from a shortage of demand. Some sector of the economy becomes unbalanced necessitating cutbacks. The resulting layoffs and declines in spending multiply through the economy and financial markets to bring on a more general downturn.  The coronavirus emergency has instead imposed a supply shortage not a drop in demand. Quarantines have kept people from productive jobs, initially in China but now globally. Work from home cannot fill the gap, especially where factories and many service industries are concerned. Consequent production shortfalls have denied other production operations the parts and materials they need to meet their output schedules.  Consumers eager to buy face a paucity of retail options as public health measures have closed restaurants, events, and retail facilities.  Demands for goods and services remain.  It is the lack of supply that constrains economic activity.

Different as today’s situation is, however, it will, if it persists, surely morph into a familiar, demand-driven recession. Business may keep idle workers on the payroll for a while, either in response to government mandates or loyalty, but firms, which must also pay taxes, rent, and interest on their debts, are limited in how long they can meet such expenses while facing revenue shortfalls from the shutdowns and supply constraints imposed by this situation. They will reach that limit pretty fast, and when they do, managers will of necessity turn to more lasting layoffs and staff reductions. Many firms will face bankruptcy, leaving all their employees bereft of income and many suppliers and landlords facing additional revenue squeezes. Meanwhile, other businesses in less difficult straits will nonetheless shelve expansion plans, leaving other sectors of the economy facing a shortfall in demand for their products. The number of firms facing such constraints will surely grow the longer the present economic pause persists, and the greater that number gets, the deeper this economy and the world economy will fall into recession.

Typical countercyclical policy measures – such as monetary ease, tax cuts, or massive government spending – might help mitigate the degree of a likely downturn, but a more effective approach would aim to short-circuit the transition from today’s economic “pause” to a recession. Such measures would aim in the first instance to help businesses cope with a full payroll and also all their other expenses in the face of a revenue shortfall.  Government lending on easy terms, especially to small businesses but also large, could delay or even stave off the bankruptcies and layoffs that might otherwise become unavoidable.  Prepaying government contracts for one or two years into the future could provide similar sort of relief, while more generous unemployment benefits might slow or stop the shortfall of consumer spending once the layoffs begin. Organizing some means by which consumers can prepay future purchases at retailers and restaurants, encouraged perhaps by discounts, might provide a similar support for smaller local businesses while shutdowns deny them any revenues.

If Washington can focus on such measures and others like them, the package that eventually emerges might stave off the recessionary future or make downdraft shallower than it otherwise might be. Nor is there any reason why the aid must come from Washington. States and cities could bolster such moves, especially if Washington eases rules on issuing tax-free bonds for the aid of businesses. States and cities might also channel aid to individuals and families, especially when firms can no longer sustain payrolls in the face of lost revenue. Even chambers of commerce and other business organizations can help, perhaps by making arrangements for local retailers to gain immediate revenues by selling future services to their customers. This is a unique situation that demands something other than conventional policy measures.

Milton Ezrati is a contributing editor at The National Interest, an affiliate of the Center for the Study of Human Capital at the University at Buffalo (SUNY), and chief economist for Vested, the New York based communications firm.  His latest book is Thirty Tomorrows: The Next Three Decades of Globalization, Demographics, and How We Will Live.