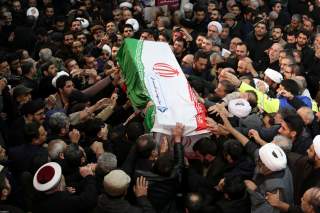 Key point: There is no constituency for more war in America.

Talleyrand remarked that Napoleon’s assassination of the Duke of Enghien was worse than a crime. It was a mistake. Donald Trump’s decision to target Maj. Gen. Qassim Suleimani, the head of the Islamic Revolutionary Guard Corps, for destruction brings to mind the French diplomat’s lapidary verdict. Iran is likely to unleash its fearsome Shia proxy militias, wherever and whenever it can. Nor is support from Europe, which is on the frontlines of Iranian blowback, likely to be forthcoming. Quite the contrary.

Trump ran as the candidate in 2016 who would extricate America from the misbegotten wars of the Middle East. Now he is starting a new one, performing the equivalent of stepping on a landmine to cure a headache. The sinister Suleimani, who functioned as the enforcer of the mullahs ruling Tehran, will not be missed. Tehran’s despotic rule is a cancer in the Middle East. But why use a blowtorch to eradicate those malignant cells?

Containment would have done the trick—and Iran was, as it happens, contained when Trump became president in 2016. North Korea, Barack Obama warned him, would pose his most pressing threat. It still does. Yet Trump, intent in ripping up the Iran nuclear deal, ended up confecting a fresh crisis, a new road to war in the Middle East. Meanwhile, Kim Jong-un can resume testing and expanding his nuclear arsenal. Nor is this all. China and Russia can only marvel at Washington’s continued capacity for self-destruction as it indulges in a fresh demonstration of the arrogance of power.

Former national security adviser John Bolton, who was ousted over his hawkishness toward Iran and North Korea, must be rubbing his eyes in disbelief. Trump has performed a volte-face though he may not be capable of realizing it. It was Secretary of State Mike Pompeo who engineered what could be a new Sarajevo moment, cancelling his impending trip to Ukraine and helping to ensure the retaliatory strike in Iraq against Iran.

The problem, of course, is that this sets up a fresh round of hostilities that America is ill-equipped to manage. Like Kaiser Wilhelm in World War I, Trump is likely to find that by acceding to a conflict that he is unable to conduct, he will have ceded control to a hawkish camarilla that sets his presidency on the path toward an unmitigated disaster. Make no mistake: a war with Iran can be won. But the price would make Iraq look like a cakewalk.

The Pentagon stated that Trump’s move was aimed at “deterring” Iran. Senator Lindsey Graham knows better. It’s time, he announced on Twitter, to prepare for a “big counterpunch,” including targeting Iran’s oil refineries.

Like not a few presidents, Trump will almost certainly revel in being a wartime president, at least initially. But there is no constituency for more war in America. Rather the reverse. Trump has given the Democrats a lift, perhaps most of all Senator Bernie Sanders, who has opposed America’s serial confkucts abroad, though former vice president Joe Biden has also now attacked Trump for tossing “a stick of dynamite into a tinderbox.” Essentially Trump has wiped the slate clean for Democrats like Biden who supported the 2003 Iraq War.