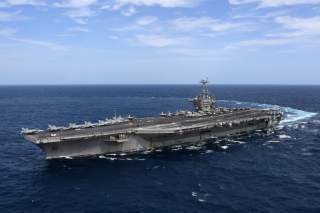 Key point: No U.S. president, no Senator or Congressman, could remain in office if they did not respond forcefully to the sinking of U.S. carriers, the very symbol of American power and prestige.

Now comes Lou Yuan, deputy chief of the Chinese Academy of Military Sciences and a prolifically hawkish military commentator who supports a Chinese invasion of Taiwan. Last month, Yuan told an audience at a Chinese military-industrial conference that China could solve tensions over the South and East China Seas by sinking two U.S. aircraft carriers.