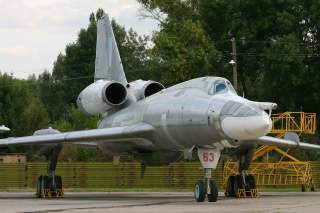 Key point: The Kremlin, for their part, stridently denies that either the M3 or its upcoming M3M successor have run afoul of any current arms control agreements.

The official reclassification of the Tu-22’s updated models from tactical bombers to heavy, nuclear-capable strategic bomber could lead to a new round of accusations concerning Russia’s potential non-compliance.

Introduced in 1983, the M3 has remained the latest Tu-22 model in the aftermath of the Soviet collapse. while the Russian military is satisfied with the M3’s basic design and core performance features, they recognize that it’s rapidly being rendered obsolete in the age of modern electronic warfare. Their solution is the upcoming Tu-22M3M, which features an “absolutely new avionics system” consisting of GLONASS navigation system integration, a digital onboard interface, and electronic warfare countermeasures (ECM).