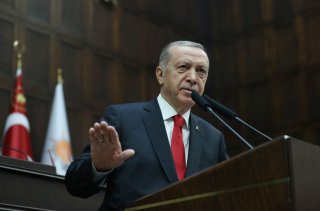 Turkish officials announced on Monday that the country’s leadership was not yet prepared to approve Sweden’s accession to NATO—effectively guaranteeing that Stockholm remains out of the thirty-nation military alliance until the government’s conditions are met.

In a media statement released on Monday, Omer Celik, a spokesman for Turkey’s ruling Justice and Development Party (AKP), indicated that Ankara was still waiting for Sweden to honor several commitments it made in a memorandum of understanding in June. Celik insisted that Stockholm pass legislation ending asylum policies for members of Turkish-designated terror groups as a precondition for NATO entry, noting that it had verbally committed to approving those measures but had not yet done so.

“The…statements from Sweden are good, but [it is] not enough until they are implemented,” Celik said. “We are waiting for it to come to life.”

Sweden and neighboring Finland both applied to join the transatlantic military alliance in May, less than three months after the Russian invasion of Ukraine in late February. Although both nations remained neutral during the Cold War between NATO and the Soviet Union, they grew closer to the West in the aftermath of the USSR’s collapse. Both countries also harshly condemned the Russian invasion, describing it as a violation of the principles of the UN Charter, and swiftly backed international sanctions against the Kremlin—including those passed under the auspices of the European Union, of which both nations are members.

So far, twenty-eight out of NATO’s thirty member states have approved Sweden and Finland’s twin accession bids. The two remaining countries are Turkey and Hungary, both of which have charted an independent foreign policy from the remainder of the bloc and objected to some provisions contained within the Western sanctions. Within the European Union, Hungary objected to the initial round of sanctions imposed on Russian oil and gas until it was granted an exemption, and Turkey has flatly refused to implement most international sanctions, continuing to do business with Moscow and accepting thousands of Russian tourists and expatriates.

Turkey’s reluctance to approve the Swedish and Finnish NATO bids comes primarily from its accusation that both nations have permitted the residence of members of the Kurdistan Workers’ Party (PKK) and other Kurdish organizations that Turkey considers terrorist groups. In the June memorandum, both Stockholm and Helsinki agreed to tighten their residency procedures and extradite suspected terrorists to Turkey, and the Swedish government informed Ankara last week that it remained “fully committed to the implementation” of the agreement, according to Reuters.

Swedish prime minister Ulf Kristersson indicated on Tuesday that his government had “full respect for the fact that every country within the alliance makes its own decisions.” Although the memorandum committing Sweden to the Turkish requests was signed under the left-leaning government of Magdalena Andersson, Kristersson's predecessor in office, he indicated that he would fulfill the agreement, claiming that he had spoken with Turkish president Recep Tayyip Erdogan by phone and agreed to travel to Ankara for a formal ceremony when the laws were in place.