Turn the Post Office Into a Bank? Progressives Love This Idea. 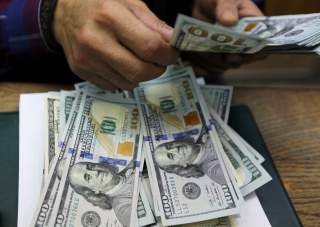 If a company lost $66 billion in 10 years and was on track to lose another $10 billion this year, would that company make a good banker?

Some in Washington think so. They are urging that the United States Postal Service start providing banking services ranging from checking accounts to short-term loans.

That would be a mistake, not only for the Postal Service, but for the U.S. taxpayer, who ultimately would foot the bill for a failed venture.

The idea of postal banking is not new. From 1910 to 1967, post offices offered savings accounts at a modest interest rate of 2%. These savings accounts offered a safe place for consumers unfamiliar with banks or distrustful of banks to safely deposit their money. (It also issued “postal notes,” which allowed customers to send money safely).

With the advent of federal deposit insurance, money orders became less popular. The Post Office discontinued its financial services by 1967.

Interest in postal banking was revived in 2014, when the Postal Service’s inspector general issued a report that argued financial services could help stabilize its deteriorating financial situation and provide millions of Americans with better financial options.

Additional financial services options are sorely needed, the argument goes. About 14 million adults are “unbanked” in America today, meaning they have no checking or savings accounts. Another 49 million are “underbanked,” having bank accounts but relying on pricey payday loan and check cashing services.

Many of these un- and under-banked Americans are concentrated in so-called banking deserts—rural and low-income areas where banks have little presence.

The inspector general’s postal banking report maintains that the Postal Service can fill that gap with its existing network of 31,000 post offices operating in almost every community in the country. These under-used post offices could be re-focused to provide financial services, rather than just mail.

Such post office banks would provide needed access to financial services to banking deserts, and billions in needed revenue for the Postal Service.

The idea has been embraced by many on the political left, such as Sens. Elizabeth Warren, D-Mass.; Kirsten Gillibrand, D-N.Y., who introduced legislation on the issue in 2018; and Bernie Sanders, I-Vt., who—along with Rep. Alexandria Ocasio-Cortez, D-N.Y., released a plan in May urging the postmaster general to offer postal banking services on her own authority, with no need for congressional approval.

And, on June 25, the House of Representatives amended the pending financial services appropriations bill to provide $1 million toward starting a postal banking program.

But the enthusiasm for postal banking is badly misplaced.

Of course, it may very well be that more post offices operate in underserved areas than do bank branches. That would make sense—banks would naturally invest primarily in areas where there is greater demand and lower costs.

Some advocates of postal banking may not be troubled by these economic limitations, figuring that it is more important to reduce the number of unbanked households than for the Postal Service to make a profit.

But the Postal Service, which has already lost $66 billion in the past 10 years and could lose a stunning $10 billion more this year, is hardly an obvious choice to drive change in the financial services marketplace. It has a meager record of innovation, and only limited experience with competition (the Postal Service has a legal monopoly on the carriage of letter mail.)

Direct taxpayer funding would be the inevitable result. At best, Postal Service entry into the financial services market would be minute. At worst, a failed venture could move the Postal Service closer to collapse, leaving taxpayers with the bill.

Importantly, no “war on bank deserts” may even be necessary. According to a 2017 survey of “unbanked” Americans by the Federal Deposit Insurance Corp., the most common reason for not having a bank account is not having enough money to make it worthwhile. Another 30.2% reported they just don’t trust banks.

Inconvenient location of the nearest bank is the main problem for only 2.1% of the unbanked. Banking deserts are not a crisis, or even a problem.

If Congress really wanted to increase options for consumers, there are a variety of other options. In 2014, for example, Walmart was considering its own expansion into banking. The Walmart plan triggered a firestorm of criticism, both from existing banks and from nonprofit advocates.

The Postal Service—as an arm of the federal government—is ultimately under political control. That status makes it acceptable to many politically progressive advocates, while Walmart was not. But as a political actor, a Postal Service entry into financial markets is dangerous, since its lending decisions will ultimately become politicized.

The Postal Service is in serious need of reform, and that reform should include moving into new markets. But there is no business case for postal banking. Instead, it is a politically driven foray into financial services. It is effectively a postal “public option.”

Postal banking, as now conceived, would not address the real needs of Americans, nor resolve the Postal Service’s financial woes. However, it would—by expanding the role of politics into both mail delivery and financial services—send both in the wrong direction.

This article by James Gattuso was originally published by The Daily Signal in 2019.