Tweeter In Chief: How Donald Trump Tweeted His Way into the White House 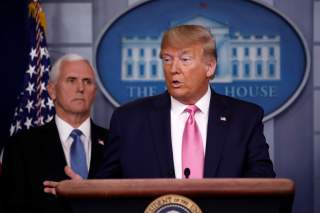 Donald Trump’s presidential election victory has been described as stunning, shocking and having elicited a “primal scream” from the media.

Trump connected with his supporters both in person and on social media, particularly via Twitter. He was back tweeting mere hours after delivering his victory speech.

Trump’s affinity for Twitter is well-documented. One political operative characterized the candidate’s presence on the social networking site as “a continuous Trump rally that happens on Twitter at all hours.” His perceived dexterity led some to declare him the best on social media and winner of the social media war.

But how much influence did Twitter have during the 2016 presidential election? As a law professor who researches the internet’s impact on the tangible world, I believe the answer to this question could, in some ways, transform the way political candidates manage their campaigns for years to come.

Politics in the palm of your hand

With more than 300 million active users in the first three-quarters of 2016, Twitter allows people to interact with droves of friends and followers in 140 characters or less. While Americans tend to avoid discussions about politics offline, social media environments like Twitter make it nearly impossible to avoid political interactions on the internet. Though research shows that few Clinton or Trump supporters have close friends in the opposing camp, social media extends these connections significantly. With Twitter in particular, users are statistically more likely to follow people they do not know personally than with Facebook, where users often connect to those with whom they have some personal connection.

This is particularly powerful when you consider the impact social media has on political opinions. Long hours of exposure to political discourse can enhance participation in politics, and communication with others galvanizes political activity around common concerns. One in five people report changing their views on a political or social issue because of something they read on social media, and nearly the same amount say they changed their views about a specific candidate based on what they read there.

Trump was remarkably effective at harnessing this type of social media power to influence opinions. His campaign successfully crowdsourced a message of anger and fear by leveraging the knowledge, contacts and skills of his followers to disseminate his tweets widely. For example, Trump would receive nearly double the number of Twitter mentions as Hillary Clinton each day, even though (or maybe because) his messages were much more negative. He also boasted about 40 percent more Twitter followers than his democratic rival.

Trump developed a rapport with his followers by maintaining his own Twitter account throughout much of his campaign. Clinton primarily used a media team – and it showed. Experts have pointed out that because Trump’s tweets largely sounded like they came directly from him – seeming off-the-cuff and unvetted by media pros – they were quite persuasive for his supporters.

This type of relationship development proved to be critical, as fans and followers joined Trump’s movement and developed into large voting blocs. Scott Adams, who created the “Dilbert” comic strip, spent much of the election season writing about Trump as a master of persuasion, particularly through his strong use of fear.

Quantitatively, Trump’s apparently unfiltered posts reiterating this messaging regularly resulted in much more Twitter engagement for him than Clinton. Trump’s followers would replicate and share his message in droves. Some described having an “emotional connection” to him and would spend hours pushing his message to their own networks, even though they were not officially affiliated with the Trump campaign.

In addition, Trump’s posts created a feedback loop, whereby posts on social media made it to television news – getting for free what would have cost the equivalent of US$3 billion in media coverage and advertising costs. He ultimately spent less money per vote and per delegate than anyone running for president this year, but obtained the highest level of visibility.

This is not to suggest that Clinton didn’t have her own successes. Responding to an insult from Trump, she earned the most retweeted tweet of the campaign season when she suggested that Trump delete his Twitter account.

But Trump monopolized Twitter and the news cycle and ultimately obtained the most electoral votes.

Harnessing the tech of the day

Historians have noted that disruptive technologies have the power to transform political elections. Franklin D. Roosevelt used the new medium of radio to deliver his fireside chats because his opponents controlled many of the newspapers in the 1930s and he wanted to avoid newspaper bias. John F. Kennedy, four days after narrowly defeating Richard Nixon, stated that “it was the TV more than anything else that turned the tide.” Television, the new medium of the day, had exploded in popularity during the decade preceding the 1960 election. It seems that Trump took several pages out of history to help pull off one of the biggest upsets in modern election history.

I imagine researchers will study Trump’s campaign tactics for years to come. In fact, analyses of Twitter’s impact on the 2016 presidential election have already begun. The New York Times even recently cataloged all of the “people, places, and things” Trump insulted on Twitter. Trump’s unconventional methods, originally ridiculed by traditional pundits as ineffective and sounding like a “rushed, high school term paper,” thrived on Twitter’s quick and unfiltered universe. His campaign could test acerbic messages in near real-time with his followers and determine whether to continue them on the campaign trail.

Traditional politicians looking to remain in office may discover that Trump’s unconventional rise has created a new normal for campaign strategies. Unsurprisingly, Twitter users whose posts get a lot of engagement through likes, retweets and replies post more frequently than users who do not. And research also shows that emotions on Twitter are contagious – both negative and positive tweets generate more of the same on the platform (with positive tweets being more contagious). As emotion played a role in this year’s political campaign, unlocking the secrets to wide and permanent dissemination will bode well for political candidates who harness the power of Twitter and other social media forms… at least until the next innovation comes along.