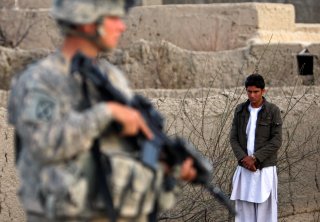 As America's longest war comes to an end, the Taliban have essentially retaken control of the nation, and for the insurgent forces, it is almost as if the past twenty years didn't matter.

Their resolve was greater and Kabul is under their control again.

The lives of women will likely change, TV and social media will likely be banned, and the country will fall into its old ways. Whether the country once again harbors terrorist groups like Al Qaeda is a variable that can't truly be answered yet, while other questions will likely remain just as elusive to determine an answer for now.

It will forever be impossible to ever know “if it was worth it” in regards to the U.S.-led coalition invasion of Afghanistan in October 2001.

While the war will likely be debated for years to come, possibly with many different opinions, it is even now possible to put the cost of it in perspective.

According to figures from the Associated Press, 2,448 U.S. service members gave their lives, while the BBC reported that more than 450 British military personnel were killed. In total, since the war against the Taliban began in 2001, there have been more than 3,500 coalition deaths—while a further 20,660 U.S. personnel were injured in action.

Upwards of 66,000 Afghan national military and police personnel were also killed through April of this year. A total of 444 aid workers and 72 journalists also saw their lives cut shot in Afghanistan since 2001.

Additionally, according to the United Nations Assistance Mission in Afghanistan, some 111,000 civilians have been killed or injured since it became recording the numbers in 2009. That would not account for those injured or killed in the years between 2001 and 2008, nor from the most recent fighting.

Wars are costly affairs, and according to U.S. Department of Defense figures, between October 2001 until September 2019, the total military expenditure in Afghanistan reached $778 billion; meanwhile, the U.S. State Department and the U.S. Agency for International Development spent $44 billion on reconstruction projects.

However, that number doesn't include the spending in Pakistan, which has been used as a base for Afghan-related operations. In total, based on figures from a Brown University study from 2019, the total spending was $978 billion.

Moreover, before the withdrawal of forces was completed, the United States and NATO had pledged to provide the Afghan government with $4 billion until 2024 to fund the Afghan military. However, given that the country has fallen to the Taliban, it is likely NATO will save on that amount!

Even as the United States has withdrawn from Afghanistan, and continues to scale back in Iraq, a Harvard University’s Kennedy School and Brown University Costs of War project study found that the United States will continue to pay for the health care, disability, burial and other costs for the roughly four million Afghanistan and Iraq veterans, costing taxpayers some $2 trillion.

Those costs will only peak after 2048, according to the Associated Press.