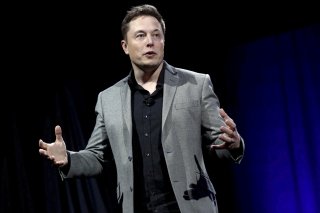 The latest development in the ongoing Twitter/Elon Musk soap opera is a shareholder lawsuit against the company’s incoming owner.

According to The Verge, which published the document itself, Musk is accused of driving down the value of Twitter’s stock through his various comments since the deal agreement was announced. The suit, filed in federal court in Northern California, has been brought on behalf of all Twitter stockholders.

“The fair market value of Twitter securities has been adversely affected by Musk’s false statements and wrongful conduct,” the complaint states, per TechCrunch's report.

“Musk proceeded to make statements, send tweets, and engage in conduct designed to create doubt about the deal and drive Twitter’s stock down substantially in order to create leverage that Musk hoped to use to either back out of the purchase or re-negotiate the buyout price.”

The suit has several allegations, including that Musk did not disclose his 9 percent stake in the company in a timely manner and various accusations involving Musk using his Tesla stock as collateral. Several of Musk’s tweets are also entered as evidence.

“As detailed herein, Musk’s conduct was and continues to be illegal, in violation of the California Corporations Code, and contrary to the contractual terms he agreed to in the deal,” the complaint says.

The complaint also notes that Musk waived due diligence when he agreed to buy Twitter for $44 billion. At the same time, Musk was clearly aware that a certain percentage of Twitter account holders were “bots,” or fake accounts, before he raised that later on as a reason to put the deal “temporarily on hold.”

“Musk’s disregard for securities laws demonstrates how one can flaunt the law and the tax code to build their wealth at the expense of the other Americans,” the suit says. “Musk’s insider trading profits may come with a slap on the wrist in the form of a fine from the SEC.”

This is not to be confused with another suit, filed against both Musk and Twitter itself, by the Orlando Police Pension Fund, which filed suit to block Musk’s purchase of Twitter, per Reuters.

Musk had announced earlier in the week a tweak to the financial structure of the deal, with Musk now personally committing $33.5 billion out of the $44 billion purchase price and no longer backing the deal with his own Tesla stock.

The same day, the Federal Trade Commission announced that it had fined Twitter $150 million for “deceptively using account security data to sell targeted ads,” between 2013 and 2019.

“Twitter asked users to give their phone numbers and email addresses to protect their accounts,” the FTC announcement said. “The firm then profited by allowing advertisers to use this data to target specific users. Twitter’s deception violates a 2011 FTC order that explicitly prohibited the company from misrepresenting its privacy and security practices.”