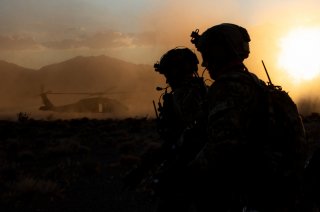 In a new release last week, the European multinational aerospace company Airbus announced that its newest Lakota helicopter, model number UH-72B, will be delivered to the U.S. Army later this year. The initial Army order will be just over a dozen airframes in total.

Currently, Airbus’ UH-72 fleet is used primarily as a light utility and trainer helicopter. The UH-72’s are in service with the Army, Navy, and National Guard, and the UH-72B will be issued to the Army National Guard specifically.

The United States military is no stranger to the Lakota platform, hundreds of which have been delivered and put into service with the United States in the past two decades. “Since we first began operations with the UH-72 Lakota some 15 years ago, this helicopter has been the workhorse of the Army and National Guard, saving lives, assisting in disaster relief, training thousands of pilots, and, more importantly, helping to protect our communities and our country,” explained Col. Calvin Lane, U.S. Army Project Manager for Utility Helicopters. “Procuring the UH-72B Lakota provides tremendous value with no research and development costs for the Army.”

The nonexistent research and development costs are one of the Lakota program’s selling points. The UH-72B platform is based closely on the Airbus H145, a similar light utility helicopter sold on the civilian market. The UH-72B also features a different tail rotor than the A model predecessor, called a Fenestron tail rotor.

This rotor design, essentially enclosing the rear rotor inside the helicopter tail, is safer from an operational standpoint and quieter, though it increases drag and platform weight and requires more power in certain flight circumstances. Despite the changes to the airframe, the platform has experienced some controversy in previous years.

One Army study concluded that while the UH-72 platform is indeed capable, it might not be well-suited as a training aircraft. The study explained that training airframes should have simple controls for new pilots and that the UH-72 could be just too complex a platform for first-time fliers.

In 2016, the U.S. Army was barred from buying the Lakota training helicopters after it lost a lawsuit with AgustaWestland, another aerospace company that wanted to market their platforms to the Army, though the court decision was later overturned by the U.S. Court of Appeals.

The little chopper can carry about nine soldiers plus one or two pilots, or alternatively several stretchers when serving in a medical evacuation function. Despite the small seventeen-airframe initial order, the Army hopes to acquire a total of 478 of the helicopters.