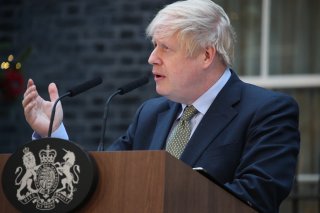 The British government indicated on Thursday that it would end its “golden visa” program, which gives a direct pathway to legal residence within the United Kingdom to foreign investors, over concerns that the system was being taken advantage of by figures with connections to corruption and organized crime.

The Home Office made the announcement, claiming that the system had allowed for “corrupt elites to access the UK.” It added that the visas had, in some cases, led to security concerns, “including people acquiring their wealth illegitimately and being associated with wider corruption,” and indicated that the system was being shut down immediately and would not accept any further applicants.

Although the announcement did not single out any country for accusations of corruption, the decision is widely perceived to be aimed at Russia. Thousands of wealthy Russian emigres with connections to the country’s state-owned oil and gas companies live in London; many of them have ties to President Vladimir Putin and his inner circle, although some are political exiles opposed to the Kremlin.

The “golden visa” system, which was introduced in 2008, offered permanent residency to an investor and his or her family if he or she invested 2 million pounds, or $2.7 million, in the UK. Prior to the program’s shutdown, concerns had been raised that it made it easier for foreign investors to launder money, and Home Secretary Priti Patel framed the program as part of a broader crackdown on illicit finance, rather than as a political tool against Russia as part of the ongoing Russo-Ukrainian crisis.

“I want to ensure the British people have confidence in the system, including stopping corrupt elites who threaten our national security and push dirty money around our cities,” Patel said, adding that the country’s immigration system would be reformed to prevent national security concerns but would maintain incentives for investment.

As Russian troops have built up along its border with Ukraine, fears of an invasion have led many European countries, including the UK, to craft sanctions policies for use against the Kremlin if Russia intervenes in Ukraine. To a large extent, prior sanctions policies have focused on blocking Russian oligarchs’ financial access to Europe rather than attempting to disrupt the livelihoods of ordinary Russian citizens.

Prime Minister Boris Johnson said on Thursday that the British government had decided to implement a variety of “tough sanctions against the Russian regime, against big Russian companies – organizations of strategic importance.”

“Also [by] making sure that we stop the raising of funds by Russian companies on London financial markets,” the prime minister added.