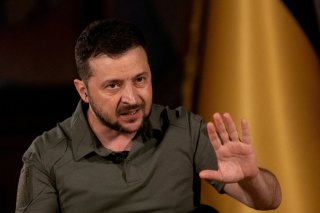 Western defense chiefs have rejected accusations by Russia that Ukraine is preparing to use a “dirty bomb” on its own territory, while warning that Moscow may use the situation as a pretext to escalate the eight-month-long war, according to a new Politico report.

On Monday, the Russian Ministry of Defense confirmed that its forces were put on alert to respond to any potential chemical, biological, or nuclear weapons attack.

“The detonation of a radiological explosive device will inevitably lead to radioactive contamination of the area over an area of up to several thousand square meters,” Lt. Gen. Igor Kirillov, head of the Radiation, Chemical and Biological Defense Forces of the Russian Armed Forces, said in a briefing on Monday regarding threats to radiation safety, according to Russian media.

Russian defense minister Sergei Shoigu shared his concerns with defense officials in France, Turkey, Britain, and the United States that Ukraine was preparing to detonate what he termed a “dirty bomb.” The situation is steadily trending toward “a further, uncontrolled escalation,” he warned in one of the calls.

Kremlin spokesman Dmitry Peskov reaffirmed those statements on Monday, saying that the threat of a “dirty bomb” was “obvious.”

According to the Center for Arms Control and Non-Proliferation, a “dirty bomb” can be broadly defined as a conventional explosive with added radiological material.

Ukrainian president Volodymyr Zelenskyy shared similar sentiments, noting that Russia is the “source of everything dirty that can be imagined in this war.”

“If Russia calls and says that Ukraine is allegedly preparing something, it means one thing: Russia has already prepared it,” he added.

As reported by NBC News, military analysts said that the Russian claims could be viewed as a desperate attempt to convince the West that it was willing to resort to such a drastic step than a sign it was actually planning one.

“This is classic Russian ‘vranyo’—a lie that I know you don’t believe, and I don’t believe it either. We both know that. But this is my story and I’m sticking to it,” Michael Clarke, a professor of war studies at King’s College London, told the news outlet.

“So it’s a clumsy double bluff, trying to make the West frightened of pushing Moscow too hard,” he continued.