In Ukraine, Joe Biden Violated the First Rule of Strategy 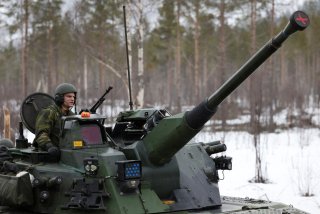 As Vladimir Putin’s ill-conceived, ill-informed, and illegal invasion of Ukraine rages on, the Biden administration rightly deserves high praise for uniting the West against Putin’s war of aggression and territorial conquest. But the administration also deserves a healthy dose of critical feedback for violating a basic doctrine of strategy.

The late Cold War diplomat Charles Hill cautioned that the “first rule of strategy” is to “never tell your opponent what you are not going to do.” The rationale for this rule is common sense: Even if you are not going to do X, there is seldom an upside to announcing to your opponent that you will not do X. Announcing the actions we won’t take undermines our flexibility, maneuverability, deterrence, and leverage.

Would Garry Kasparov ever tell his opponent in a chess match where he will not move his knight, rook, or queen on the board? Would Serena Williams ever tell her opponent in a tennis match where she won’t strike the ball on the court? Would Nick Saban ever tell the coach of the other football team what plays he won’t make? Of course, war is not chess, tennis, or football. But that is why the stakes of violating this fundamental rule are even higher.

President Joe Biden has stated in unequivocal terms that the United States will not deploy troops to Ukraine: “Let me be clear—our forces are not engaged and will not engage in the conflict with Russian forces in Ukraine.” And White House press secretary Jen Psaki has announced that Biden “continues to believe that a no-fly zone would be escalatory and could prompt a war with Russia.”

To be sure, I agree with Biden’s decision not to deploy troops or impose a no-fly zone in Ukraine. What I disagree with is announcing—for no good reason—the decision not to take particular courses of action. The only way to pressure a reckless autocratic strongman like Putin into exercising even an iota of caution is to keep him guessing. We cannot do that by shooting ourselves in the foot and publicly limiting our full spectrum of options—even the outlandish ones.

We have seen this movie before. Last July, Biden announced that “[o]ur military mission in Afghanistan will conclude on August 31st.” To the Taliban, this announcement likely translated to: “The United States will not continue fighting us after August 31.” The Taliban thus waited until the United States was about to withdraw from Afghanistan to reconstitute its forces and accurately time its onslaught and conquest of Kandahar and Kabul. It was unnecessary—and indeed counterproductive—for the United States to give the Taliban the green light to attack. Again, I do not take issue with P Biden’s high-level decision to withdraw. I take issue with publicly announcing a withdrawal date to the Taliban, which undermined the administration’s ability to execute its own objective.

The mistake of publicly declaring what the United States isn’t willing to do extends far beyond the Biden administration. In fact, President Donald Trump, not Biden, had initially negotiated a withdrawal agreement with the Taliban and set an initial date of May 1, 2021. Trump, not Biden, had repeatedly praised Putin during his time in office. Even now, Trump called Putin’s invasion of Ukraine “genius.” Of all the candidates who ran in the 2020 election, Biden is the best person to be leading America’s response to the ongoing crisis in Ukraine. But he and his team can do even better—by refusing to unnecessarily announce the decisions they are unwilling to take.

The skeptic might argue, however, that it is important to publicly announce such decisions to (1) de-escalate and (2) signal our moral opposition to military intervention. In response to the first, I would argue that the best way to achieve peace is by pressuring adversaries like Putin to act more cautiously. The best way to do this is by refusing to tell them what we aren’t willing to do. With regards to the second, we should heed the advice of former National Security Adviser Brent Scowcroft: “We should never take the stance that ‘virtue is its own reward’” when dealing with serious foreign policy challenges.

Daniel Khalessi is a J.D. Candidate at Stanford Law School. He holds an M.A. from Yale’s Jackson Institute for Global Affairs (where he was a member of the Brady-Johnson Program in Grand Strategy), an M.A. in Economics from the Yenching Academy of Peking University, and a B.A. in International Relations from Stanford.