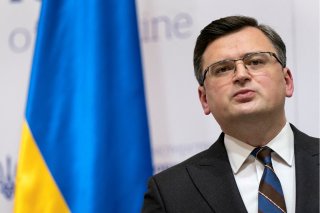 Britain, Poland, and Ukraine are reportedly in talks over what some observers are describing as a new alliance.

"I hope that in the near future we will be able to officially launch a new regional format of cooperation Ukraine-Poland-UK, in the context of ongoing Russian aggression, we should sign a trilateral document on cooperation to strengthen regional security," Ukraine's prime minister Denys Shmygal said on Tuesday while hosting Polish prime minister Mateusz Morawiecki.

Morawiecki said that London, Warsaw, and Kiev are  "working on a potential format that could tighten cooperation on various fields between Poland, Ukraine, and Britain."

Morawiecki, who likened Poland’s geographic proximity to Russia to “the feeling of living at the foot of a volcano," reaffirmed Warsaw’s continued opposition to the Nord Stream 2 pipeline being promoted by Germany.

Ukrainian foreign minister Dmytro Kuleba went further, describing the arrangement as part of our “strategy of small alliances” in a Facebook post. Kuleba likened the new format to the Lublin Triangle, a platform for cooperation between Poland, Lithuania, and Ukraine.

“Warsaw, Kiev, and London have not only a realistic awareness of Europe’s security threats and a strategy to counter challenges from the Russian Federation, but also a great potential for trilateral cooperation in the fields of trade, investment, energy (in particular renewable),” Kuleba said. “Combining our efforts in the Atlantic, Baltic, and Black Sea, we create new opportunities for our countries and the region at large.”

The full scope of this new trilateral effort remains unclear. Neither Kuleba nor Shmygal or Morawiecki explicitly used the term “defense pact” or “military alliance,” instead referring to it as a format for cooperation. It is unknown if this format presupposes any new military commitments on the part of its members, including a mechanism by which Poland and Britain would be obliged to defend Ukraine from Russian attack. London has not commented publicly on the prospective new format. Kuleba insisted that the arrangement is not meant to replace Ukraine’s bid to join NATO, but is instead a short-term solution to promote the country’s national interests while it continues to work towards NATO membership.

According to the preliminary analysis of some experts, the format appears to be more of a formalization of existing agreements than a concrete defensive alliance. Poland has pledged to send military aid to Ukraine, including anti-aircraft missiles, drones and ammunition, amid Kiev’s ongoing standoff with Moscow. The UK sent some two thousand anti-tank missile launchers and a team of military trainers to Ukraine late last month.